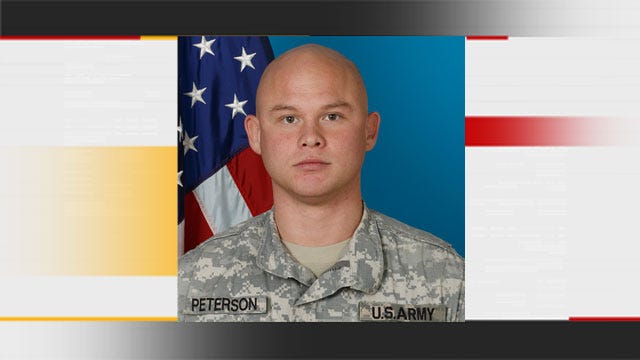 OKLAHOMA CITY— An Oklahoma Army National Guard soldier from Chelsea was killed in Afghanistan earlier this week, the fourth member of the infantry to die in the last week.

Twenty-four-year-old Sgt. Anthony Del Mar Peterson, an infantryman with Company B, 1st Battalion, 279th Infantry, was killed Thursday, August 4, when he was struck by small arms fire while on a dismounted patrol in Paktia Province.

Another Soldier was injured in the incident and is currently hospitalized.

"Oklahoma has lost another brave son," said Maj. Gen. Myles Deering, adjutant general for Oklahoma. "Sgt. Peterson was an exceptional Soldier who worked tirelessly to protect the values that we as Americans hold close to our hearts. I ask for all Oklahomans to pray for his family and friends as they deal with this tragedy."