Three Wheels And A Seat, That's How OKC Man Rolls Three Wheels and a Seat, That's How He Rolls 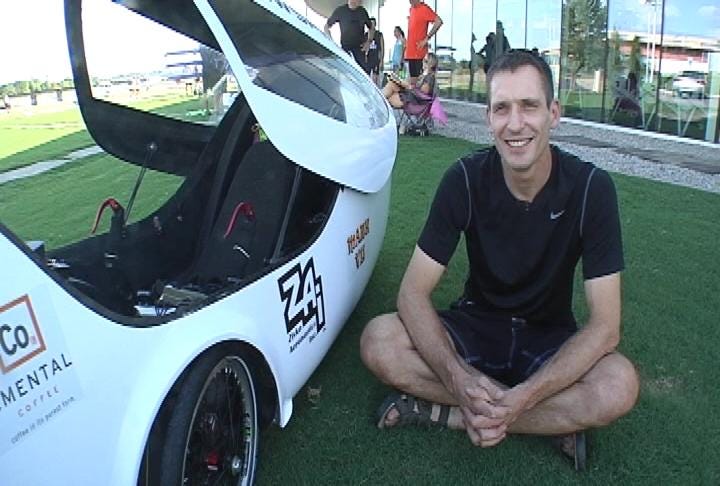 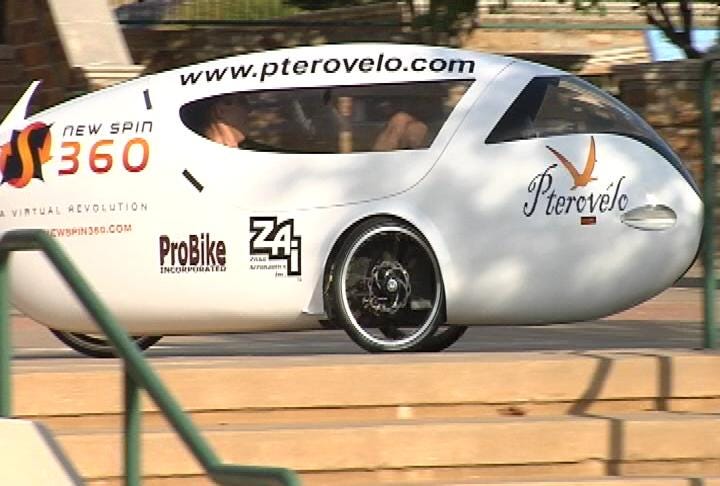 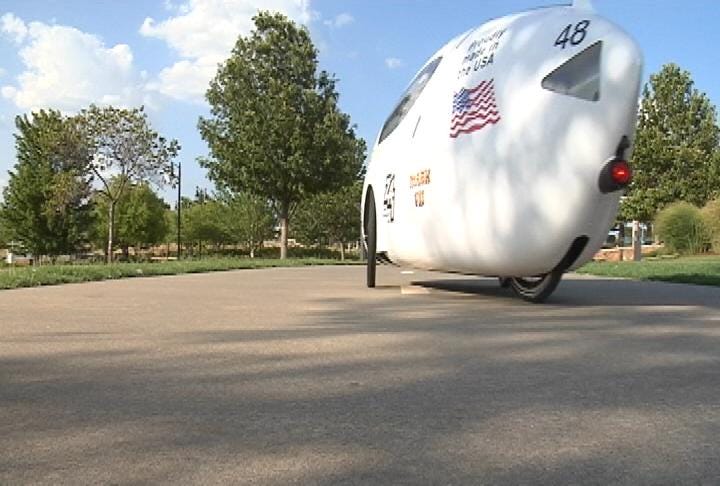 OKLAHOMA CITY -- Riding a bike to work may not be your best option, but what if you could make it look and feel almost like a car?

Frans van der Merwe lives in Oklahoma City but commutes everyday to Guthrie for his job.  He had been searching for a way to cut his fuel costs when he came upon the idea of a Velomobile, a three-wheeled bicycle with a protective composite shell.  Velomobiles are quite popular in Europe, but are not available for purchase in the United States.  van der Merwe pondered ordering one from overseas but the cost was prohibitive.

"It adds up pretty quickly," said van der Merwe.  "To pay that kind of money for something you've never seen before and haven't tested before was a hard thing to do for me."

So he did what anyone in his position might do, he built his own.

van der Merwe calls his a Pterovelo, which loosely translates to "winged bicycle."  It's made of carbon fiber and at seventy pounds can easily be transported by a single rider.

"The heater is me," van der Merwe said.  "The faster you go, the hotter you get, and you can go to minus temperatures and still be absolutely fine."

For air conditioning, van der Merwe relies on some strategically placed vents and an evaporative mist cooling system.  The top of the Pterovelo also slides back like a convertible.

van der Merwe certainly gets his share of double-takes as he pedals down Oklahoma roadways, and soon he'll be joining fifty other Velomobiles in a trek across America.

This week both U.S. and international riders will begin a three-thousand mile trip across the country to promote cycling.  The trip begins in Portland, Oregon and will finish in Washington D.C. on August 25th, with the Velomobiles covering about 120 miles a day.

Three Wheels And A Seat, That's How OKC Man Rolls