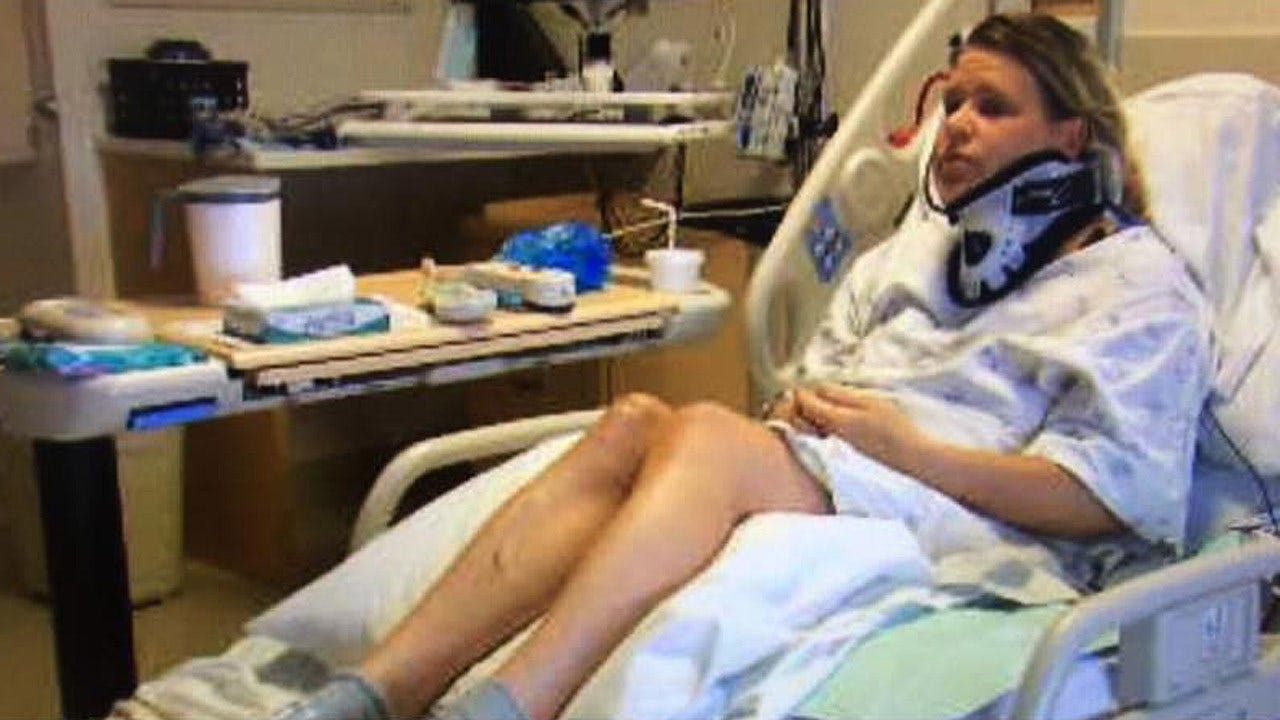 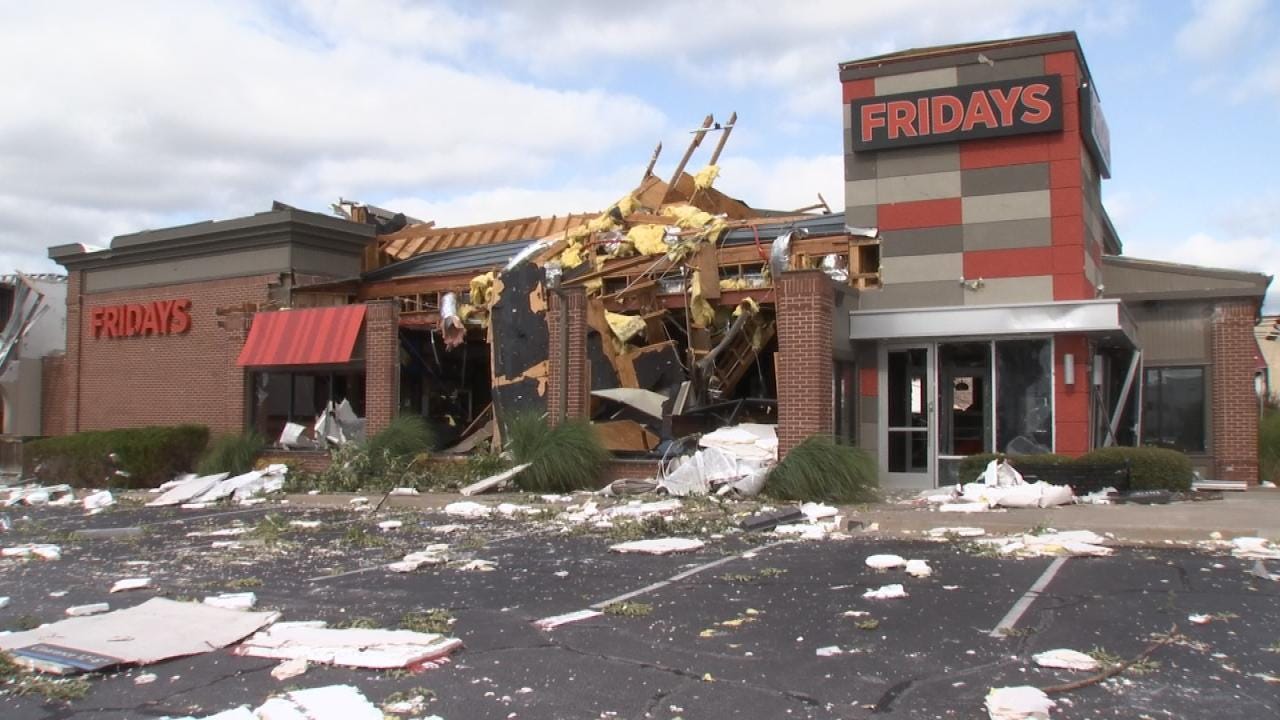 A Tulsa woman managed to crawl to safety after she got trapped under bricks when the tornado hit TGI Fridays early Sunday morning.

Celia Daniel said the fact that she's alive is simply a miracle.

When a wall fell, it came crashing down on her and her son.

A video shows the heavy rain, the lights go out, then the tornado hit.

When it passed, it left the building in ruin and Daniel with broken vertebrae, severe gashes and cuts.

"My main thing right now is my neck," Daniel said.

Daniel recorded a video and she said she was focused on the intense rain.

She didn't expect a tornado to touch down.

"Next thing I know something just went boom and hit me in the back of my head and we went flying and that's all I can remember."

She came to immediately checking her son all while being ushered into a back room.

That's when she realized she was in bad shape.

"Somebody grabbed a towel or shirt or something like that and they were like don't move and started putting pressure right here on the spot."

Someone else noticed this gash to her forearm. Then her fingers locked up.

She felt relief when paramedics arrived but her ordeal still wasn't over.

With so much rubble, paramedics couldn't get to her or her son.

"I know you're hurt. I'm hurt too. I'm sorry we have to figure out a way to get out of this," Daniel said.

Using light peeking through the wall as a guide, they crawled out.

As paramedics worked to stop the bleeding the fear intensified.

"Honestly, I didn't think I was going to get through it when they were putting pressure on it and I started to feel weak."

She's still in pain, but and she and her son did make it out alive.

Daniel's son was also injured but is out of the hospital.

In all of the chaos, Daniel lost her car keys so her car is still in the parking lot.

With the severe injuries, she'll be out of work for a while.