Three Tulsa Residents Killed In I-35 Crash Near Purcell 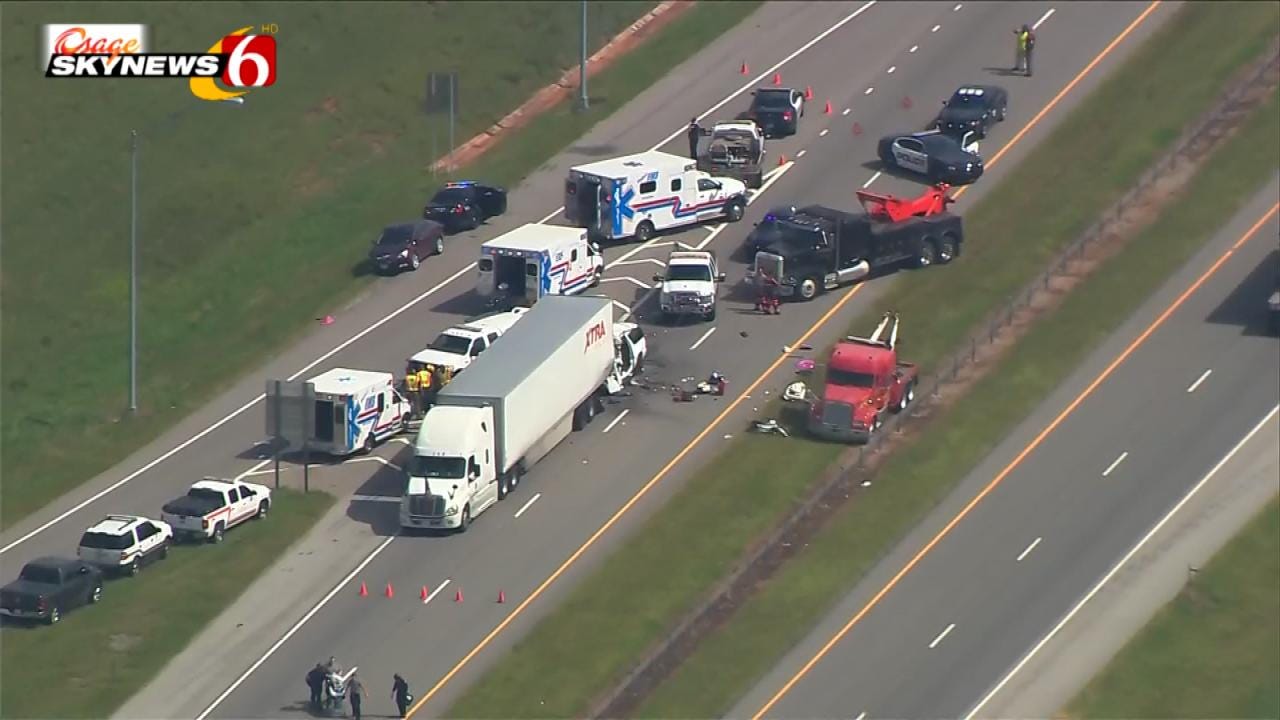 The Oklahoma Highway Patrol says three people killed and four others injured in a crash south of Purcell just before 3:30 p.m. Monday, July 17, were from the Tulsa area.

The troopers report states the driver of a 2014 GMC Yukon, Erin Van Horn, 40, and two children - an 11-year-old male and 10-year-old male who were passengers in the SUV - died from injures sustained in the crash with a semi in the northbound lanes of I-35.

The OHP say four other passengers in the SUV, three 13-year-old females and a 7-year-old female, were taken to area hospitals. The two teenage girls are both listed in critical condition with head injuries.

The 7-year-old girl was treated and released for minor injuries.

The Oklahoma Highway Patrol says they are still investigating the crash which shut down the northbound lanes for almost three hours.

Three Tulsa Residents Killed In I-35 Crash Near Purcell