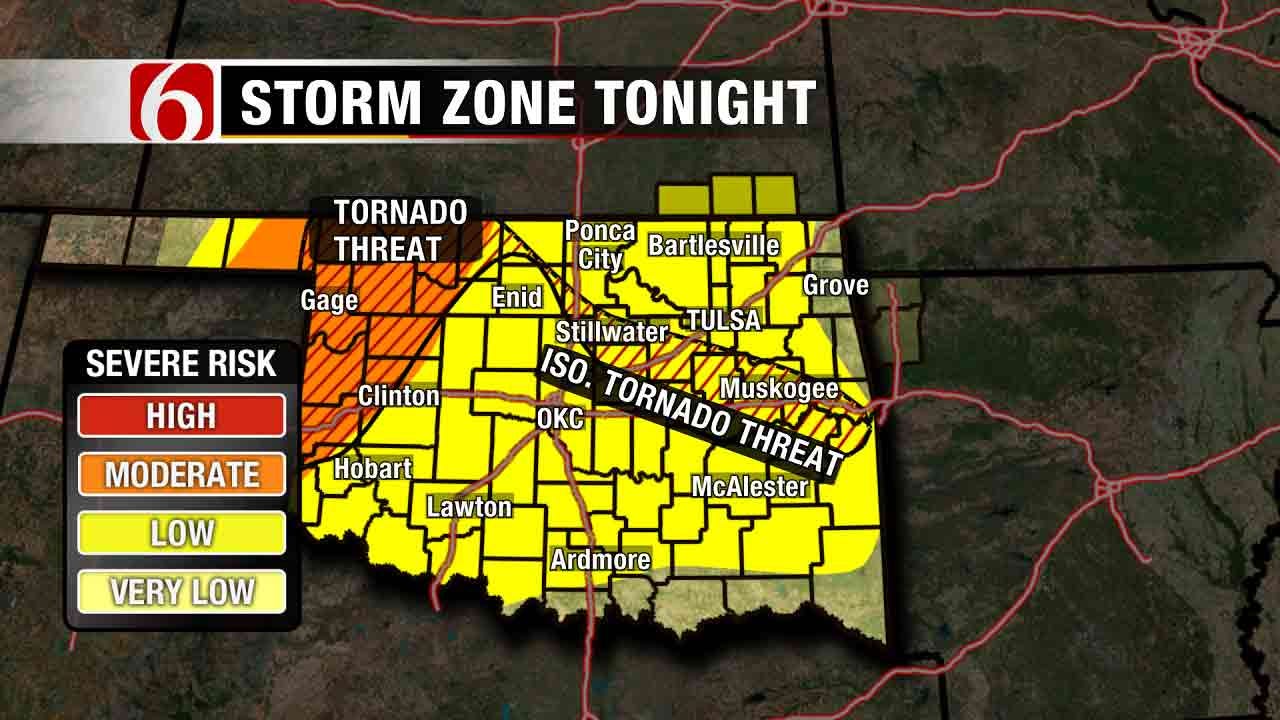 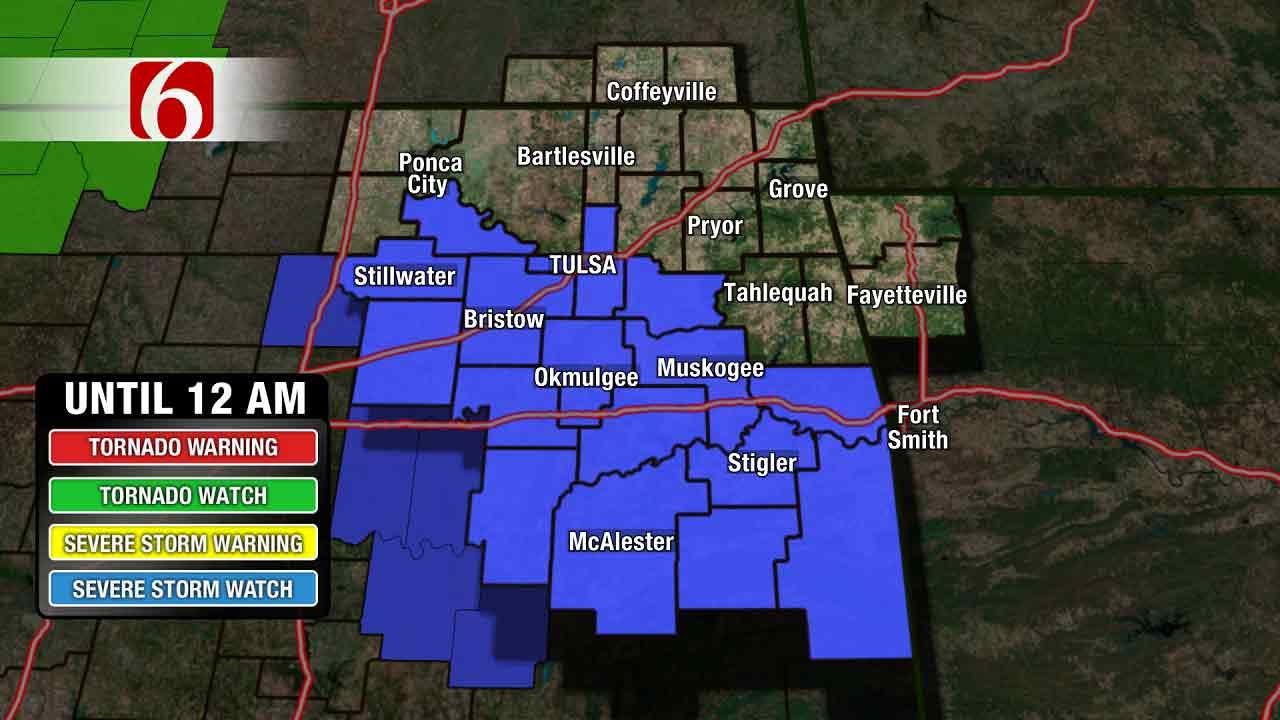 Any of the storms that form could be severe, primarily with a hail and high wind threat. A Tornado Warning was issued near the Payne/Pawnee county border Tuesday afternoon. No tornado has been confirmed, but rain and hail came along with the warning.

Another Tornado Warning was issued for Creek County just before 5:30 p.m. High wind damage has been reported, but again, no tornado has been confirmed at this time. News On 6 storm tracker Darren Stephens said he saw ping-pong to softball-sized hail associated with the storm in Creek County.

In Bristow, there are just under 2,000 people without power.

According to the Oklahoma Highway Patrol, troopers responded to help with debris in the area near State Highway 16 and 201st Street South just northwest of Bristow.

Troopers said four to six structures were damaged and Highway 16 was blocked for a brief time due to debris.

Originally, a news release said the Bristow Police Department confirmed injuries in the area and that Creek County EMS is responding, but in an update from OHP, they said no injuries were reported.

As storms continued to move, damaging winds up to 60 and 70 miles per hour blew from Jenks to Beggs. Large hail is also possible with that storm.

As daytime heating wanes this evening, thunderstorms are expected to dissipate. However, another round of thunderstorms is possible later tonight, primarily after midnight.

This complex of storms, forming this afternoon in northwest Oklahoma and southern Kansas could reach us with an additional threat for high winds and some hail in the overnight hours before weakening Wednesday morning. But it may take a while to reach the Tulsa-metro area as the system is moving slowly.

Storm chances are with us the rest of the week amidst an active weather pattern. A stronger impulse is likely to fire widespread thunderstorms late Thursday and again Friday in the state with another risk of severe weather.