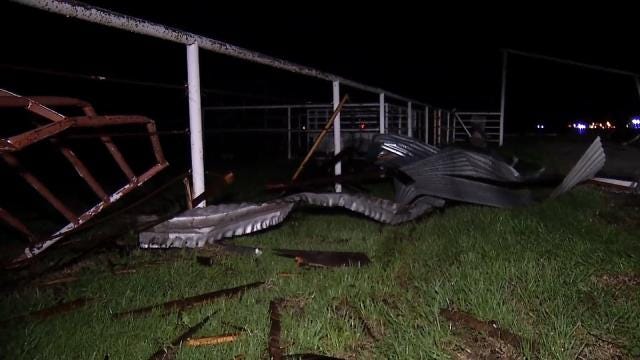 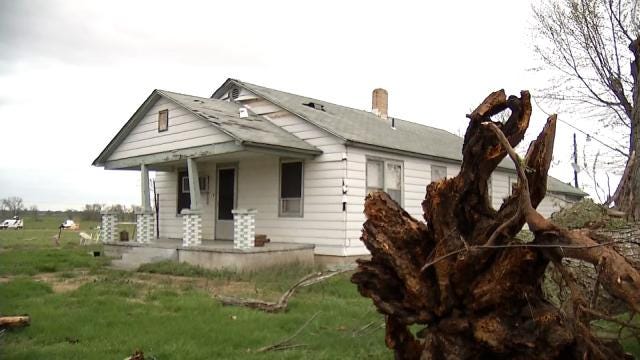 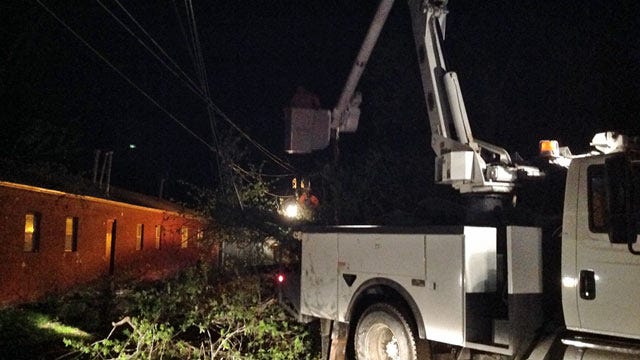 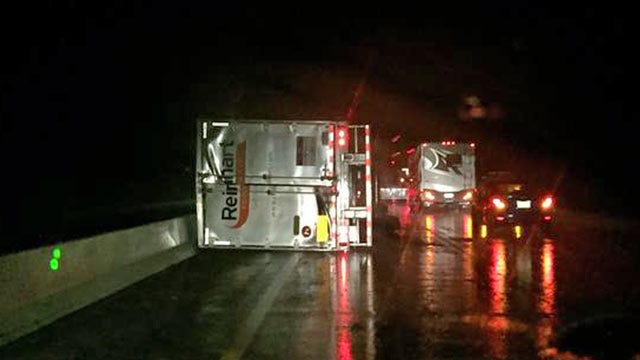 The National Weather Service Office in Tulsa has confirmed a tornado touched down overnight in northeast Oklahoma as thunderstorms rumbled across the region.

Officials say the tornado caused some damage to barns and several homes near the community of Afton in Ottawa County.

Dillion Wheatley ran from his shop when he heard the tornado coming. Families with farms up and down the same road are thankful to be alive. A tornado tore up this community near Grand Lake.

Some people scrambled to get to a nearby storm shelter.

The Wheatley family now is finding pieces of its livestock trailer that was thrown into another field.

Dorene Markes remembers sitting in the hallway of her home when the tornado came through her property.

Some of her cattle died from injuries suffered in the tornado.

"You just don't know how many friends and relatives and all that want to help like that until something happens,” Markes said. “I appreciate it so much... I think it really hit me though when I finally came out here last night and seen my car without the windows out all of it and all mashed in. I don't know what I'll do without a car."

The National Weather Service spent the day surveying the damage, confirming it was a tornado.

"It's pretty clear just looking at this one area here... the radar signature was definitive as well, now the biggest questioned how strong was it?" Ed Calianese of the NWS said.

Now the hard work starts in cleaning up and getting things back to normal.

"I've got an awesome family... I tell you my grandkids, I wouldn't take the world for them,” Markes said.

That wasn't the only tornado overnight, a second tornado touched down near Chetopa, Kansas in Labette County.

Police say electric crews are working to restore power to the Kansas community after trees knocked down electric lines.

4/3/2015 Related Story: Storm Knocks Out Power To Half Of Chetopa, Kansas

The Red Cross has volunteers in Afton assisting residents impacted by the overnight storms.  The National Weather Service office in Tulsa is still inspecting damage before it makes gives the Ottawa County tornado an EF rating.

Nearby in Craig County, emergency management officials say they had crews out early Friday searching for damage near the town of Welch but found nothing.

The Oklahoma Highway Patrol says strong winds overturned a semi on the Will Rogers Turnpike between Afton and Vinita, closing the toll road for over an hour early Friday. There was no reports of any injuries.

The storms which produced heavy rain and hail also caused a number of power outages in Delaware and Ottawa counties.

The storms were ahead of a cold front which has pushed into eastern Oklahoma Friday morning. After the cold front, temperatures are expected in the 60s Friday, Saturday and Sunday, before warming into the 80s on Monday.