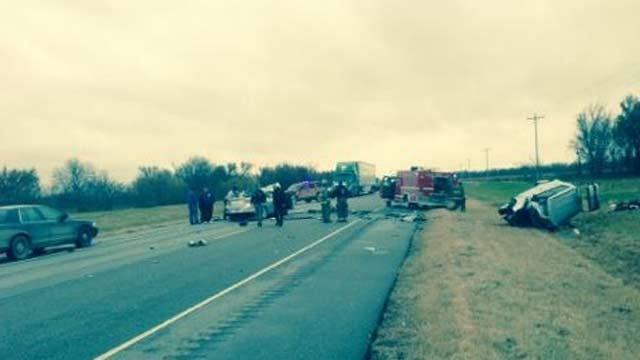 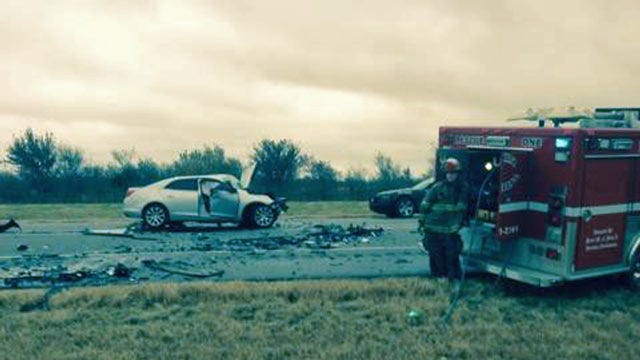 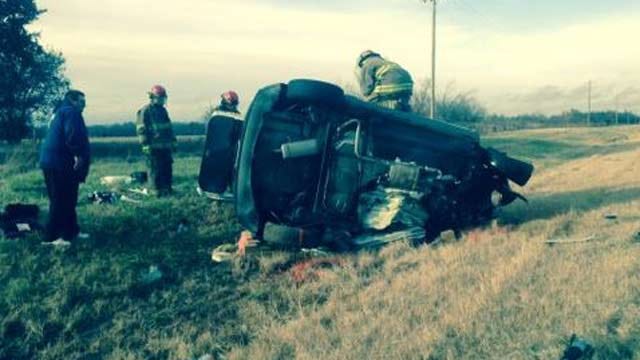 Five people died and a child is in critical condition after a Saturday head-on collision on U.S. Highway 169 at County Road 27, the Oklahoma Highway Patrol has confirmed.

The highway was completely blocked for about two and a half hours while emergency crews worked.

According to OHP, Micah Walker, 35, of Nowata, was northbound on U.S. 169 in a Chevrolet Malibu when he went left of center and struck a Kia SUV. Walker was pinned for an hour and 30 minutes. He and his passenger, 34-year-old Calvin Wyckoff, of Tulsa, were both pronounced dead on the scene.

The driver of the Kia, 59-year-old Kevin Smith, of Nowata, and Maria Smith, 49, also were pronounced dead on the scene. Two children, a 13- and 14-year-old, were transported to a hospital. The 13-year-old died in the ambulance en route, and the 14-year-old is in critical condition.

OHP said both drivers appeared to be in normal condition before the crash and the cause of the collision is still under investigation.