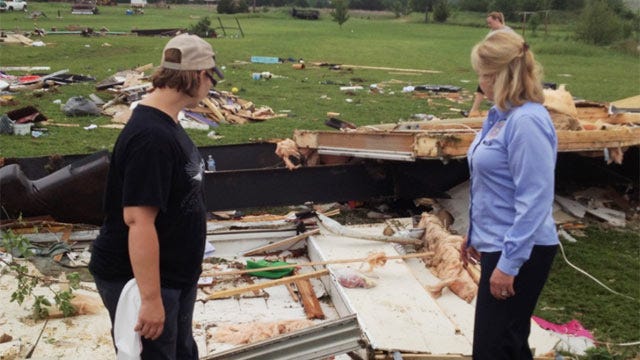 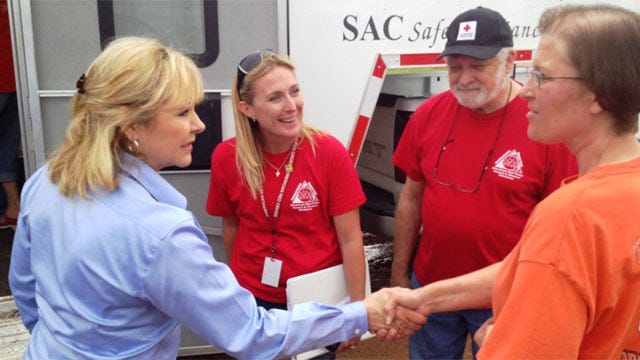 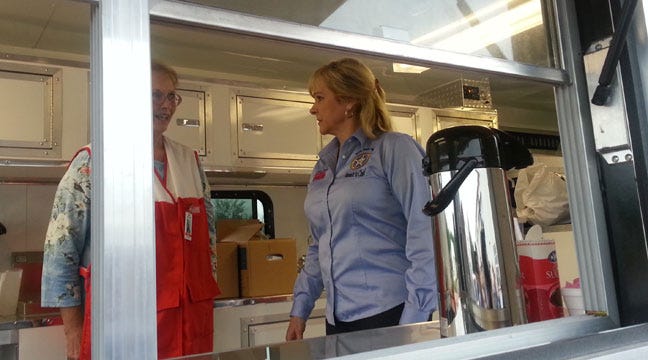 The state Medical Examiner's Office has released the names of two men killed Sunday when a tornado tore across Shawnee.

The governor first stopped in the Lincoln County community of Carney, where four people were injured and over 40 homes were damaged or destroyed.

Lynn Hughes and her family have lived in Carney for 15 years, and now their home is gone

"We're very lucky we have a lot of our possessions left. I don't think the house is going to salvageable," Hughes said. "Nobody died, nobody's hurt. It's just stuff."

The governor expressed concerns that residents wouldn't know of incoming severe weather because power remains out in the community.

Utilities say power is out to about 6,000 homes and businesses across Oklahoma. Most of the outages are in Norman, Oklahoma City, Shawnee and Wellston.