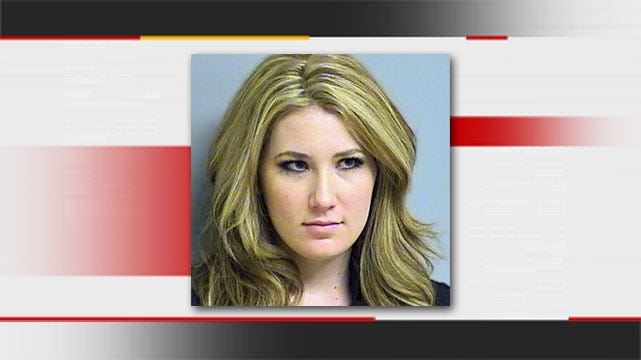 Amber Hilberling, the Tulsa woman convicted of second-degree murder for pushing her husband out a high-rise window, has been sentenced to 25 years in prison.

Jurors found her guilty March 18, 2013 in the death of Josh Hilberling and recommended 25 years.  On Tuesday, April 23, 2013, the judge concurred.  The judge gave her credit for 15 months she has already served in the Tulsa County jail.

The judge also ordered Amber Hilberling to pay for Josh's funeral expenses in addition to a $10,000 fine.

Prosecutors filed a sentencing memorandum on April 22 noting that Amber Hilberling repeatedly admitted that she pushed her husband to his death on June 7, 2011. They say that although Hilberling does not have a criminal past, she "was certainly on notice that she and Josh had a volatile relationship and that she became angry and acted out violently toward Joshua."

Prosecutors also point to the "horrendous" manner of death - that Josh Hilberling was alive as he fell from the 25th-floor window until he landed on the 8th floor parking garage.

"Josh had seventeen stories to contemplate what was occurring," the sentencing memorandum states.

In victim impact letters, Patrick Hilberling, the victim's father, said as soon as he learned his son was dead, he asked if Amber was responsible for the death. Other family members wrote of how his loss has affected their lives.

In a brief filed April 18, Hilberling's attorneys ask the judge for mercy, saying that testimony at the trial clearly showed the death was accidental and that Amber demonstrated "shock, surprise, grief and anguish over the actions that led to death."

Attorneys April Seibert and Jasen Corns also asked the judge to take into consideration that both Hilberlings were barely out of their teens, made mistakes and brought "a baby into the world when they were really still babies themselves."

The attorneys also pointed out that the Hilberlings' son Levi, now almost 18 months old, would be about 22 years old by the time his mother is released from prison should she serve the full 25-year sentence.

The brief contains letters from Amber's supporters including her mother, Rhonda Whitlock. Whitlock says her daughter has been unfairly depicted in the media and says the late Josh Hilberling was thrown out of the military for drug abuse.