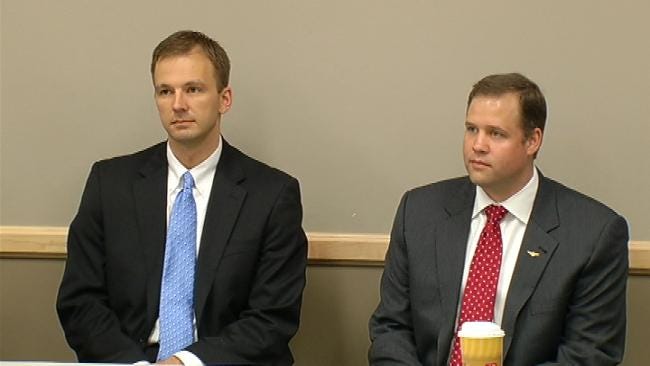 Candidates vying for a seat on the House of Representatives met in Sand Springs for a public forum Monday.

Education was one of the hot button issues given to the candidates in Oklahoma's First District, and Democrat John Olson stressed that investment in education plays a vital role in America's long-term growth.

"Everybody else, all the other developed countries in the world, and even those that are developing, are investing in their education system. If we don't do it, we're gonna get left behind," said candidate John Olson.

Olson, a U.S. Army veteran, will face U.S. Navy veteran and Republican candidate Jim Bridenstine who responded to an accusation from Olson that he wanted to eliminate the Department of Education.

Independent candidate and airline pilot Craig Allen is also in the race but did not participate in Monday's forum.

All three candidates in the race will debate the issues Tuesday night at ORU. NewsOn6.com plans to live stream the debate beginning at 6:30 p.m.