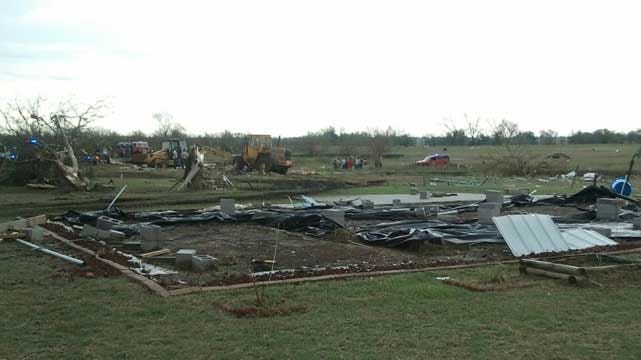 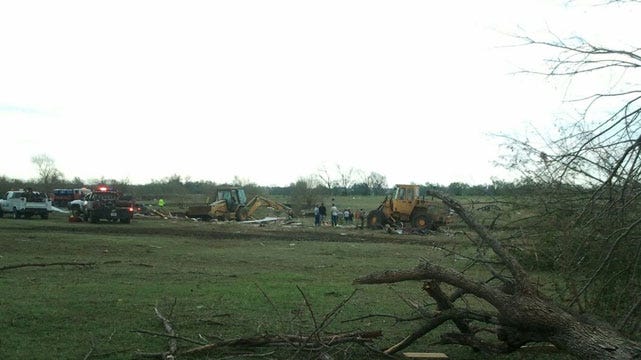 Relatives and friends of a Nowata County family are stunned at the death of three people in the storm that blew through northeast Oklahoma Friday evening.

According to relatives, the great grandparents, who lived in a mobile home, would often babysit their grandchildren during the day.

The mobile home was leveled.

High winds and heavy rain swept through Nowata County leaving nothing but destruction in it's wake.

"The residents just back to the east of us, here, [were] probably the hardest hit," said Nowata County Undersheriff Doug Sonenberg. "It was totally destroyed."

A couple and their young granddaughter were inside when the storm came.

When first responders got to the scene, the home was ripped to shreds and their bodies were nowhere to be found.

The family was eventually located in a creek about 50 yards from the home. This tragic news left family and friends too distraught to talk about what happened.

There's a storm cellar on the property, but residents said there wasn't much warning that the storm would get so severe so quickly.

"This came in so fast, and originally you thought it was just going to be a nice little rain, and then, all at once, the wind hit. So, there wasn't time for anybody to do anything. I mean, it just came in way too fast," Sonenberg said.

More than five agencies assisted with the rescue.

Other family members said that two more children were picked up from that house about 30 minutes before the storm blew through.