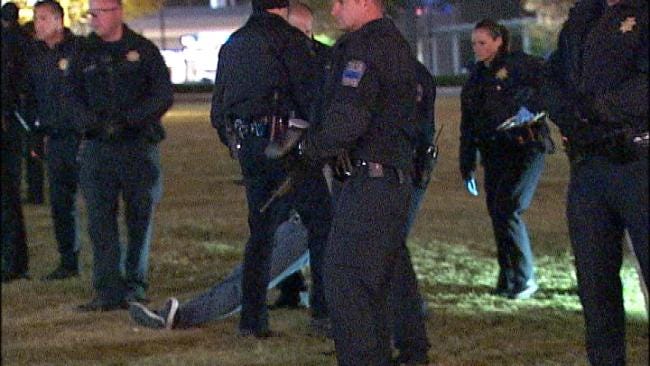 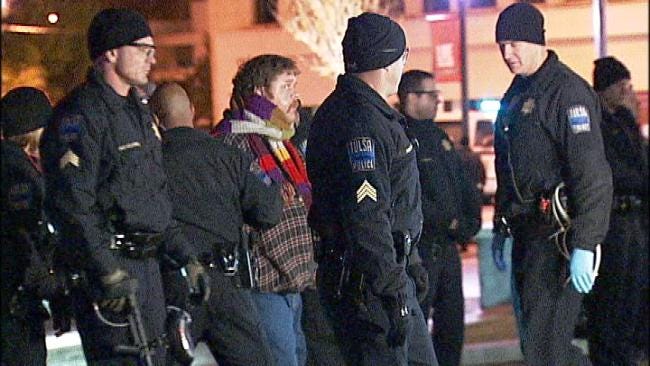 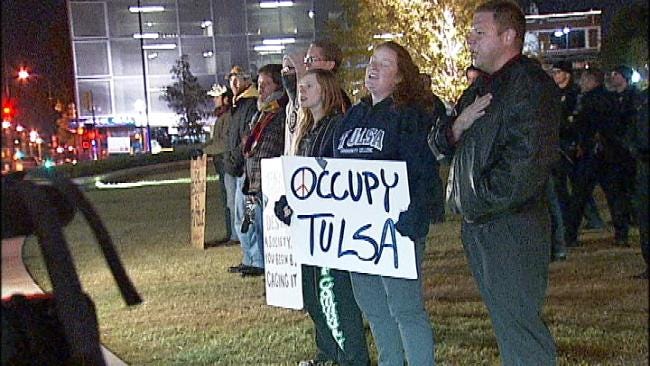 TULSA, Oklahoma -- For the third night in a row, Tulsa Police have arrested Occupy Tulsa protesters after they violate the city's curfew laws.

List of the ten protesters arrested according to Tulsa Police:

As in the previous incidents, the Occupy protesters were just a few feet away from the sidewalk, where Tulsa Police have repeatedly announced that the group could stand without breaking the law.

A large group of protestors went before the Tulsa City Council Thursday night, to try and get the city to waive its curfew and permit fees.

The group says they've tried to get permits without success. The council told the group they could continue to pursue permits through the normal process, but would not get a waiver at this time.