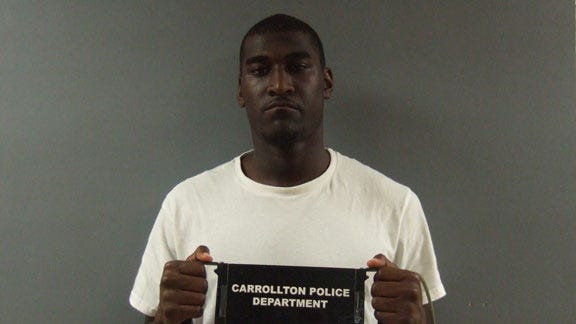 CARROLLTON, Texas-- Oklahoma State wide receiver Justin Blackmon was arrested early Tuesday morning on a complaint of driving under the influence, according to the Carrollton Police Department.

Public Information Officer Dustin Bartram confirmed to Oklahoma Sports that Blackmon was pulled over in a Chevy Silverado at 3:22 a.m. for driving 90 mph in a 60 mph zone on northbound Interstate 35.

The officer performed field sobriety tests to confirm that there were other indications of alcohol in Blackmon’s system, but a breathalyzer test was never performed.

Blackmon, who is not 21 until Jan. 9, 2011, was arrested at 3:45 a.m. and issued a citation for Alcohol DUI-Minor and required to spend the state minimum of four hours in the Carrollton jail.

According to a release by Oklahoma State University, “details from the incident are still being gathered and neither Blackmon nor OSU coach Mike Gundy can comment until the matter is resolved.”

Blackmon has 62 receptions for 1,112 yards and 14 touchdowns, leading the nation in receiving touchdowns and yards per game.

Blackmon was also ticketed for speeding and has until Nov. 23 to contact the court in regards to the Alcohol DUI-Minor citation. At that time he can pay the additional fine of $375, plead not guilty or no contest. If he chooses to contest the charge he will have to appear in court, but as it currently stands, he does not have a scheduled court appearance.

Oklahoma Sports will bring you more information when it becomes available.