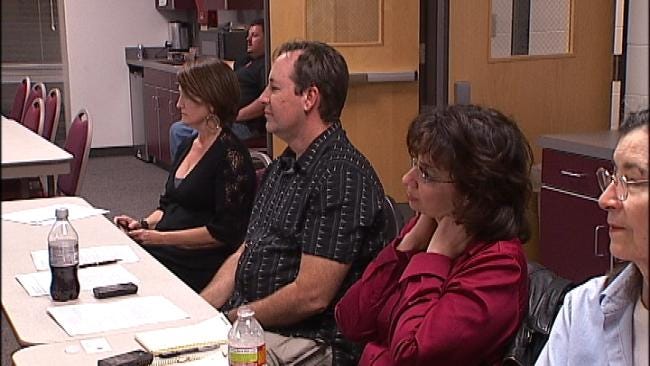 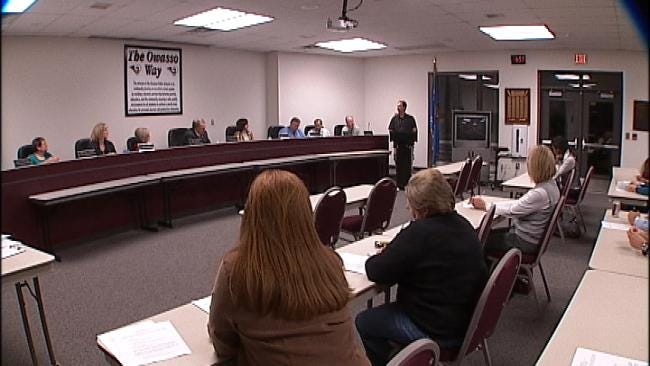 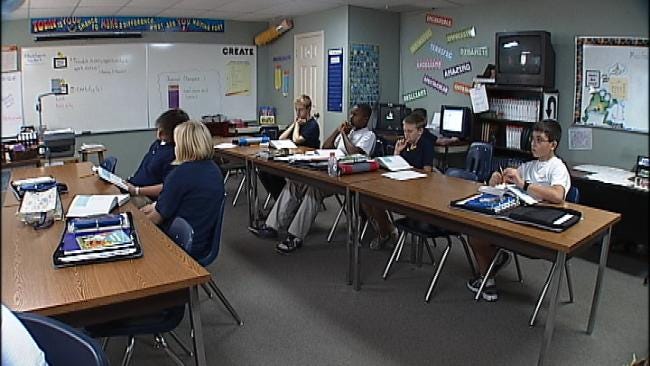 Owasso is one of the five districts that chose last month not to comply with 3393. But one couple says Monday night was the first opportunity it's had to speak to Board of Education members about the decision.

Thomas and Loretta Farrell waited two weeks for their chance to address board members, and they did not withhold any emotion.  Their eleven-year-old son has Asberger's syndrome, and when they sent him to private school, they assumed they would be reimbursed under 3393.

Owasso, along with Jenks, Broken Arrow and Union voted to ignore the law. Tulsa honored six scholarships, but will not accept any more.

All the districts have argued that providing public funding to send special needs students to private schools is unconstitutional.

"Now we need to think about suing the school board to make them do what's right," Loretta Farrell said. "Because they're choosing to violate the law they don't agree with? It makes no sense."

Despite the lack of a scholarship, the Farrell's will keep their son enrolled at Town and Country, a school that specializes in teaching children with learning disabilities.

"To put him back in that school system where he would be one in 700 in a big building, it would just open him back up to the bullying and harassment that he got before," Loretta said.

For this controversy to be resolved, the next move will have to be made by parents like the Farrell's.

The districts admit that they are inviting a lawsuit, but so far, none have been filed.

A Washington D.C. law firm says it is exploring the possibility of a lawsuit, but has yet to take any action.

The Farrell's were one of only two Owasso families that applied for a scholarship under 3393.