George Strait, Reba Sell Out BOK Center Show In Less Than An Hour 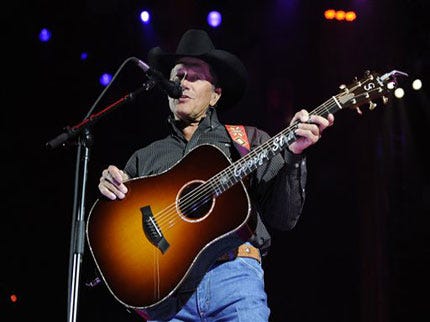 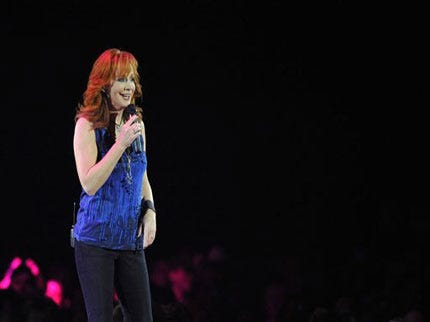 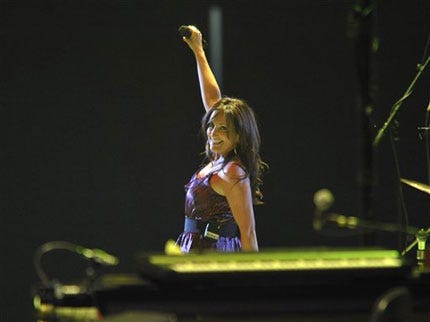 TULSA, OK -- Tickets to the upcoming show in Tulsa for George Strait and Reba, with special guest Lee Ann Womack, sold out in less than an hour Saturday morning. This marks the first time in the history of the BOK Center that more than 18,000 tickets have been sold for one event.

"The demand for this show is phenomenal," said John Bolton, General Manager of the BOK Center. "It has been as high as all the shows we've had in the past and it's the most number of tickets sold since the venue opened."

Strait, Reba and Womack will play for the thousands of fans in Tulsa on February 20. This marks Strait's first appearance in Tulsa in more than 13 years.

With a career spanning more than 25 years, George Strait has the most number one singles of any artist in history including Elvis (57 to date). He has sold more than 67 million records and with 33 different platinum or multi-platinum albums holds the most RIAA platinum certifications in country music and the third in all genres, behind The Beatles and Elvis Presley.

Strait recently scored Grammy nods for "Best Male Country Vocal Performance for "Living For The Night," "Best Country Collaboration with Vocals," for "Everything But Quits" with Lee Ann Womack and "Best Country Album" for Twang.

Reba's latest hit, "Consider Me Gone," is the longest-running #1 single of the superstar's career. With its 4th week at #1, Reba joins Taylor Swift, Carrie Underwood and Gretchen Wilson as the only female Country artists to log more than three weeks at #1 in the past 10 years. Reba's reign of #1 hits now spans four decades. The multimedia superstar was also recently recognized by Billboard, Country Aircheck and Mediabase as the biggest female hit-maker in country music history.

One of the most successful female recording artists in history, Reba has sold more than 55 million albums worldwide and her last 13 studio albums have all achieved platinum-plus status. The two-time GRAMMY Award-winner is also an acclaimed film, TV and Broadway actress. Reba signed with The Valory Music Co. in November 2008. The move reunited the multimedia entertainer with industry leader Scott Borchetta, now President and CEO of Big Machine Records and sister label The Valory Music Co.

Lee Ann Womack has sold more than six million albums, won two Grammys, numerous other milestone awards, and received notoriety for her last album There's More Where That Came From. Released February of '05 on CD and classic vinyl, There's More swept CMA Award trophies fall of the same year for "Album of the Year" and "Single of the Year" ("I May Hate Myself In The Morning"). She is also recognized for #1 singles "The Fool," "A Little Past Little Rock," "I'll Think Of A Reason Later" and the mega smash "I Hope You Dance".

Womack's current album Call Me Crazy has garnered critical acclaim from Rolling Stone, USA Today, Entertainment Weekly, Billboard and The New York Times, to name a few. In '09 she was nominated for "Top Female Vocalist" at the ACM Awards and single "Last Call" was nominated for a Grammy for the "Best Female Country Vocal Performance" category. She was also nominated for "Musical Event of the Year" with George Strait for "Everything But Quits" at the CMA Awards. Womack will vie for three Grammy awards at the '10 ceremony for "Best Female Country Vocal Performance" for "Solitary Thinkin'", "Best Country Collaboration With Vocals" for "Everything But Quits" with George Strait and "Best Country Album" for Call Me Crazy. Current single "There Is A God" is in the Top 40 on the charts and climbing.

George Strait, Reba Sell Out BOK Center Show In Less Than An Hour