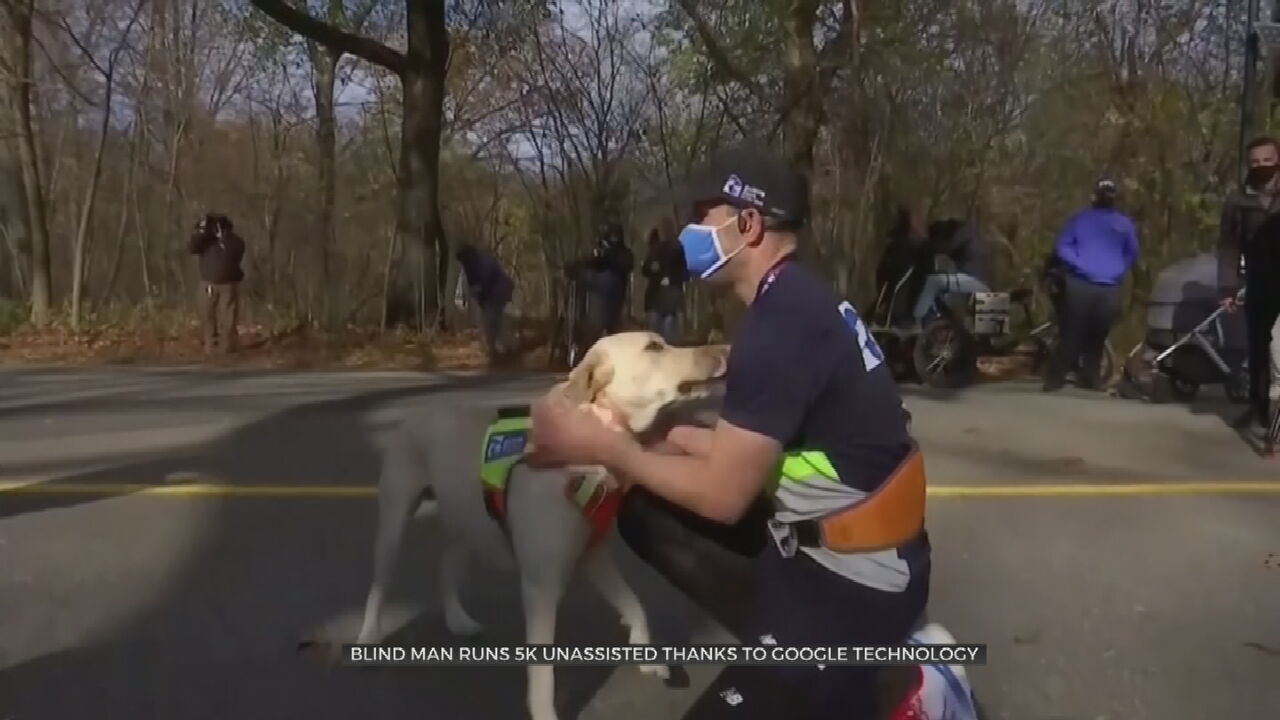 A blind man completed a 5K run in New York's Central Park on Thursday without the help of any human or guide dog.

Thomas Panek is the 50-year old CEO of Guiding Eyes for the Blind, an accredited school for training guide dogs to assist the blind and vision-impaired.

After years of either sitting out physical activity or leaning on guides as a result of his own blindness, Panek decided a year ago it was time to try and find a way to run solo. So he turned to Google to see if there was a way for a phone to "tell me where to go," as he told Reuters in an interview.

The end result of Google's work is an early-phase research program it calls, "Guideline." All that's needed to run the program is a smartphone and a pair of headphones; the utility in practice looks as if a runner is simply listening to music.

Panek successfully tried out the program on the chilly fall afternoon in an event co-sponsored by Google and the New York Road Runners Club.

"The Google team went to work, software engineers went to work and we came up with this 'Guideline' concept together to be able to help people who are blind, run independently and, you know, to be able to be in Central Park," Panek told Reuters after completing his run. "To be able to be here, it's real emotional."

Through the AI process known as "machine learning," the program uses a library of images to guide a runner on his course. "Guideline" operates on smartphones like any app and directs audio directions to the runner via an earpiece.

The phone's camera starts by picking up a "guideline," or a painted line, to work from. The app is then able to detect the runner's positioning and provide directions.

According to Google researcher, Xuan Yang, the program is "like teaching a kid how to learn where the line is," as she told Reuters. And thanks to its catalog of images, the program is able to "predict the line, position and orientation" before giving directional cues.

For Panek, an aid that circumvents human and canine helpers became all the more useful once the pandemic began.

Indeed, the pandemic, "gave us an opportunity to really step back and say we want to solve this problem," he said.

Google is hopeful "Guideline" will be used in myriad activities far beyond running once it hits the market.

For Panek, the satisfaction is not just about completing daily tasks.

"It's a real feeling of not only freedom and independence, but also, you know, you get that sense that you're just like anybody else," he said.

Google Guideline is still in development and not yet available to the public, for more information on the app Click Here.