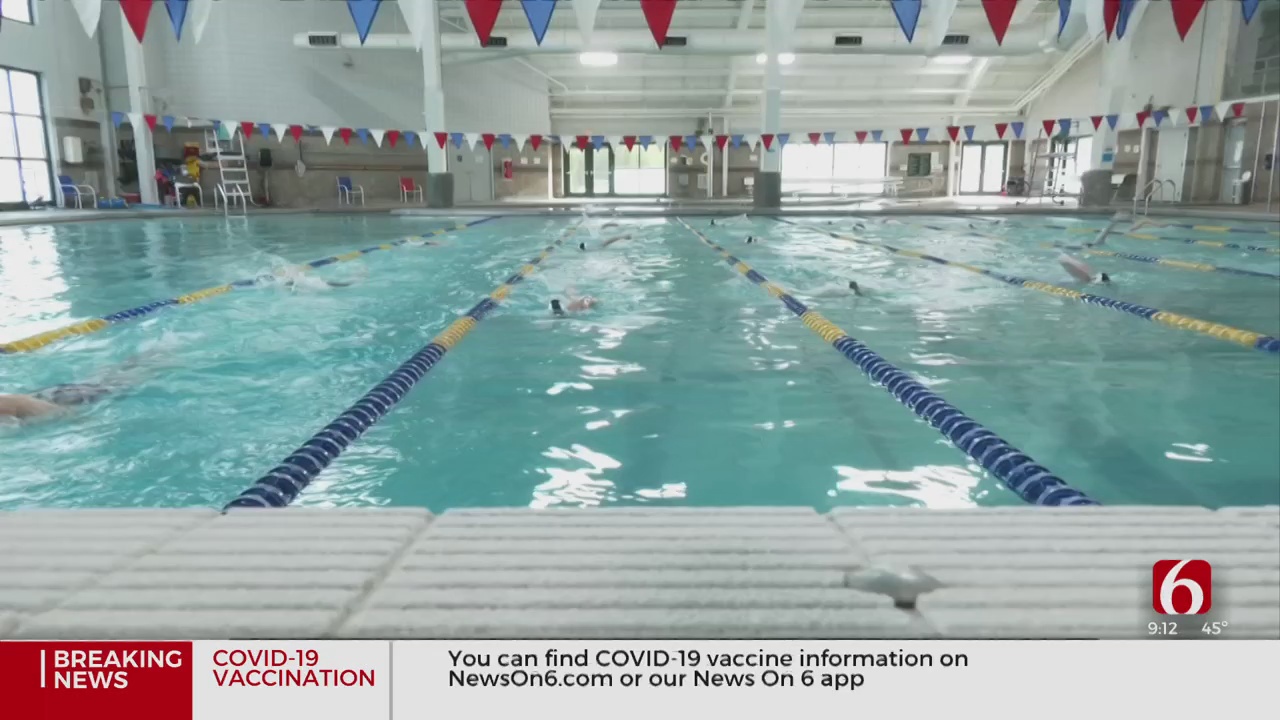 For the first time in months, Owasso’s swim team can practice in its own pool. The COVID-19 pandemic delayed renovations at the Claremore Recreation Center last March but those renovations have been completed.

The team said the end of last season through start of this one was a challenge. Seniors like Olivia Ross said adversity was a welcome test and a tool Ross uses both in and out of the water.

"It became less about the season and more about, ‘I wanna be together as a team and I wanna do something that we love,’” Ross said. “Swimming is something we love, so we just wanted to do that. The time clock doesn't lie. The work that we put into this pool shows up on the time clock."

"We didn't know that the world was going to completely flip upside down,” Ross said.

Up until this week, the student athletes piled onto a bus at 5 a.m. and head over to Union Public Schools for practice. Despite it all, Stelzer said his team has managed to break several school records.

"Those records are hard to break. They're old,” Stelzer said. “They're set by kids that were practicing 20-plus hours a week and we're doing it in three."

Stelzer said it's a testament to the team's dedication.

"It's amazing to see them just roll with the punches,” Stelzer said. “Their adversity, their tenacity. All their perseverance. That is them. Them wanting to be great. Wanting to live like champions.”

The swimmers said perhaps their biggest motivator is each other.

"One thing I think we've done really well with is keeping our hopes and positivity up,” senior swimmer Elizabeth Patterson said. “I think it really brought out how much I love the sport and how much I miss being able to have a constant in our life and having something to work towards. It's made me realize what I want and the goal in the end of it."

"I think it's really made us a lot closer this year, and it's been really cool to see and get to experience,” senior swimmer Kelcey Hicks said. “I'm really thankful for my coaches and how much effort and hard work they've put into this team."

"It's encouraging to see everyone else wanting to get better,” men’s swim team captain Sean Wood said. “We've just really been pushing through and just rolling with it and we've been really adapting."

"If anybody can get through challenges like this, it's this team,” women’s swim team captain Haley Raburn said. “They're super strong independent individuals who can get through any sort of challenge that comes their way.”

"We're just going to see how we place at regionals. Go from there. Break more records. Make history,” Zach Stelzer said. “Keep your eyes forward. No need to look back on what you did in the past. You already did that work. All you can do is add onto it."

Stelzer said he's grateful to surrounding school districts like Union Public Schools and Oologah-Talala Public Schools for providing a space to swim and to the Claremore Recreation Center for working overtime to reopen.