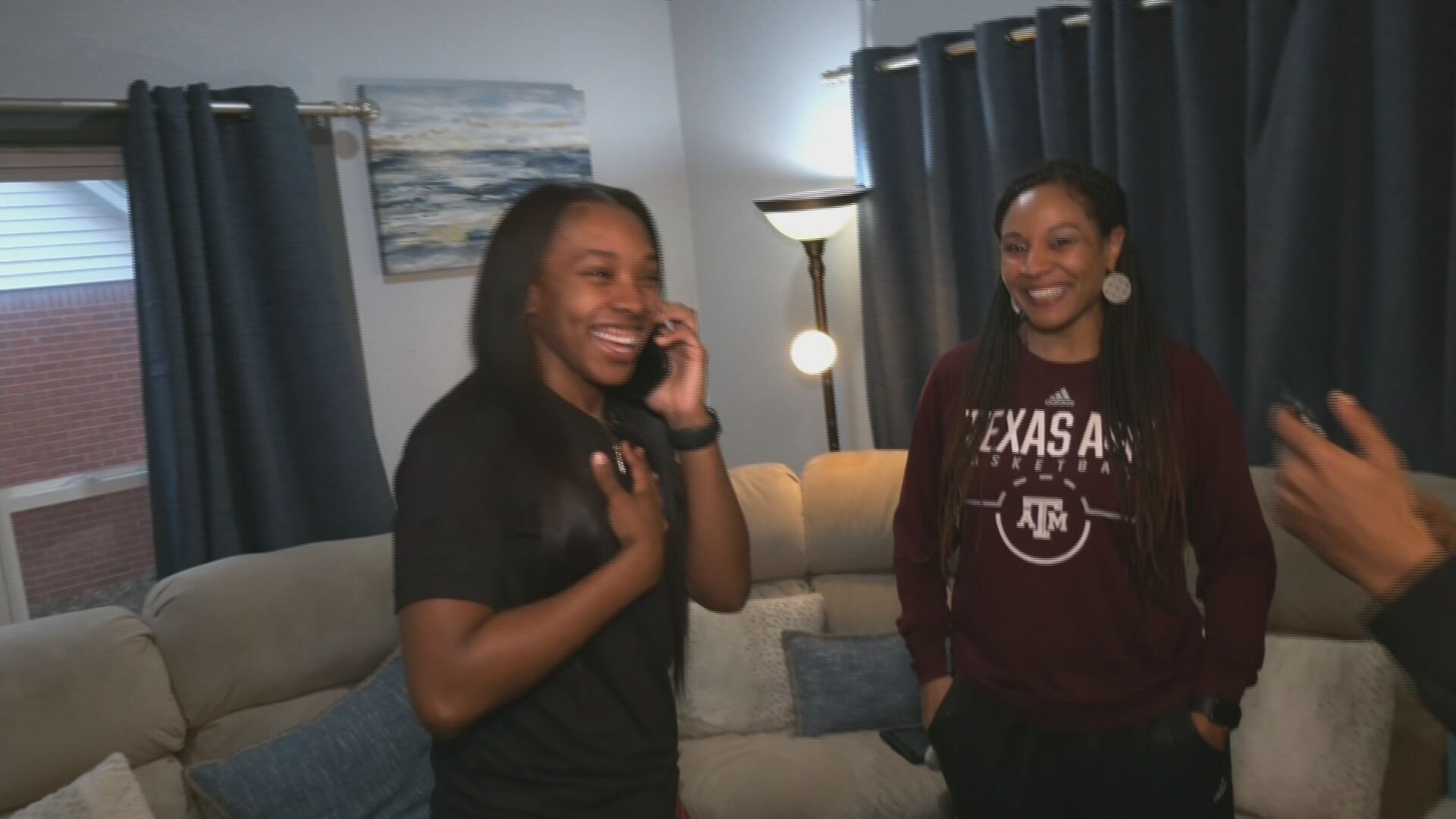 Muskogee native Aaliyah Wilson went off the board Thursday as the number 11 pick in the first round of the 2021 WNBA draft.

Wilson was beaming from ear to ear after being drafted 11th overall by the Seattle Storm then traded to the Indiana Fever. She is stoked to be playing basketball in Indiana.

"To be able to be here and have this opportunity and knowing this is just the beginning, it’s exciting it’s just an amazing feeling," Wilson said.

It’s been an incredible journey for Wilson who played for both Arkansas and Texas A&M.

While in college she also battled on the court and off with Graves’ disease, an auto-immune disorder. She has also been forced to fight her way back from multiple knee injuries. But her hard work and determination now has her playing at the highest level.

"Continued to be resilient, stuck with the work, keep doing it and keep pushing,” Wilson said. “I had dreams, I had goals and I keep reaching for them and didn't let them stop me."

One thing is for sure, Wilson won’t forget where she came from every time she steps foot on the hardwood.

"Just knowing that I'm coming from the 918 and representing my city, my state and being who I am, it’s everything."