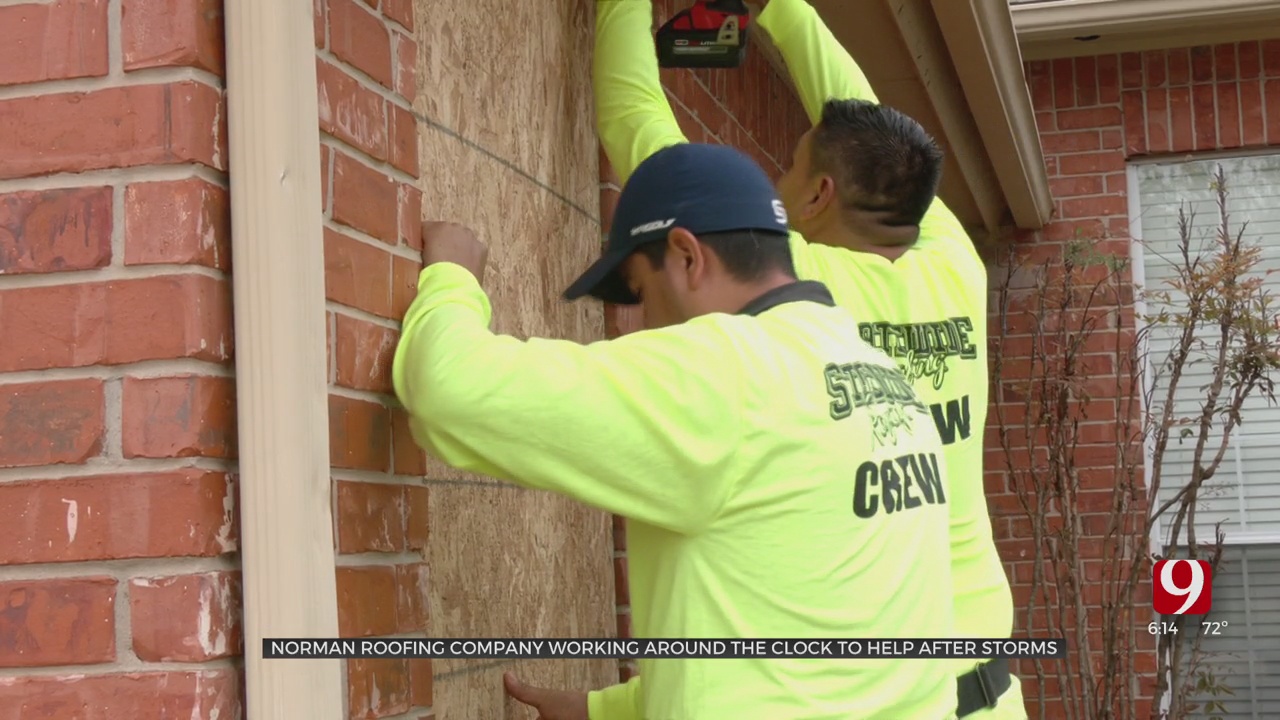 Norman is still recovering from a torrential hail storm earlier this week. A one-stop shop roofing company said it is working around the clock to serve several communities.

Brett Johnson is just one of many Norman homeowners with roof damage and busted windows.

“It was scary,” Johnson said. “I've lived here my whole life. I’m 44 and I’ve never experienced a storm like that.”

In addition to roof damage and six broken windows, Johnson said the storm blew his fence down.

Johnson said he cleaned up the best he could that night. He then reached out to Statewide Roofing, Inc.

Because there was extensive damage citywide, Gray encourages people to welcome contractors but to make sure they are properly licensed. If you aren’t sure, you can ask for their construction industry board number to see if they're registered.

Gray said the company will likely work on repairs from the hail storm for the next couple of years.