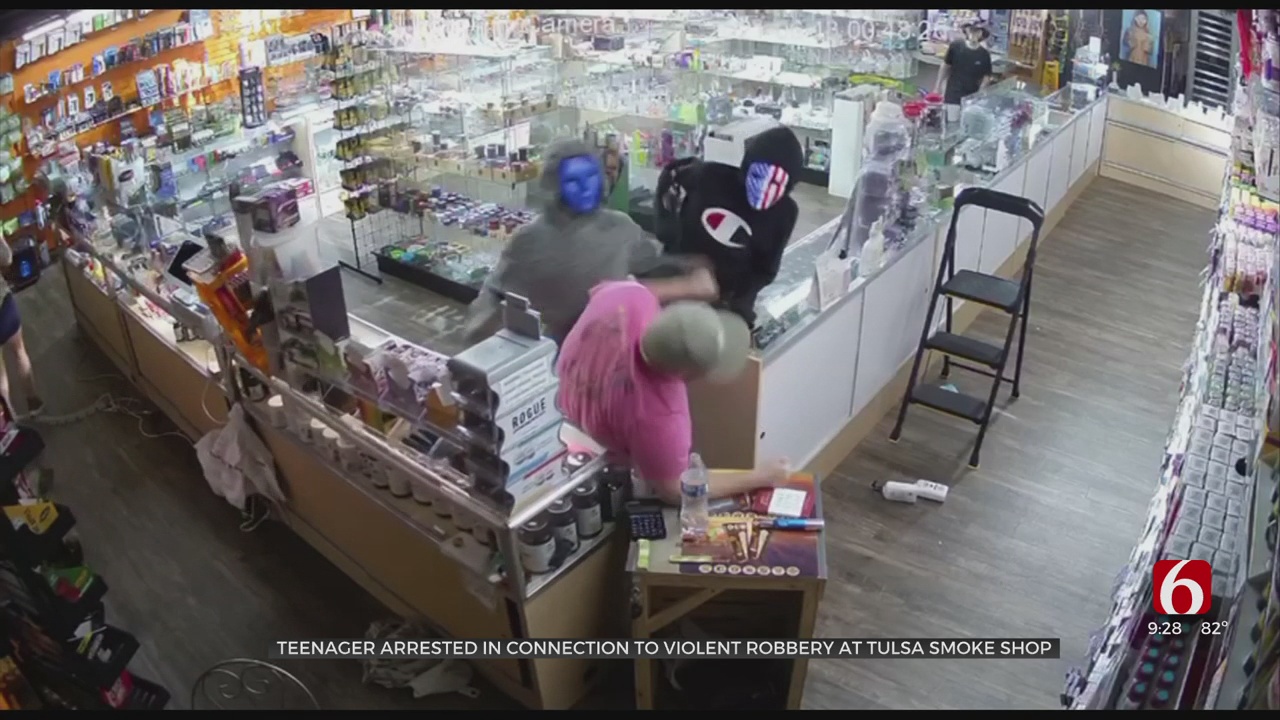 Tulsa Police said they have arrested a teenager, accused of a violent robbery at a smoke and vape shop on June 17.

Now, police are searching for the other two suspects.

Jawad Malik, owner of Cloud Chaserz, told News On 6 he has some relief about the arrest, but he and his employees will not feel safe until the others involved are caught.

Moments before the robbery, surveillance video showed an employee and his girlfriend behind the counter at smoke and vape shop near 21st and Sheridan.

After the three robbers walked in, the night turned violent. Video shows two people hit the employee, while his girlfriend ran off to call 911.

Next, one guy pushed the woman and grabbed money from the register. He then jumped over the counter, damaged displays and ran out of the store.

Malik said even a month since the robbery, the victims and all employees are still scared.

"Whenever we watch this video, it still brings us...something is going to happen to our businesses," explained Malik.

Malik said he is grateful police have arrested one teen suspect and thinks all three are boys from the neighborhood. He wants them all caught before anyone else gets hurt.

"They can do better for their lives, rather, they go to the shops and they rob small businesses," said Malik.

Malik said the robbers took about $800 and caused more in damages.

While police are trying to track down the others involved, Malik said the property owner has hired a security guard, and the shop has added more protections.

"We put a lot of cameras, we are putting a buzz bell in the door, so after 10 o'clock, everybody has to press the bell, and we can see the picture and we let them inside," explained Malik.

Malik said the robbery has really impacted his business and employees, and they hope to move on.

Police did not confirm with News On 6 which suspect from the video was caught, but we do know one was not wearing a mask.

If you have information on this case, call Crime Stoppers at 918-596-COPS.