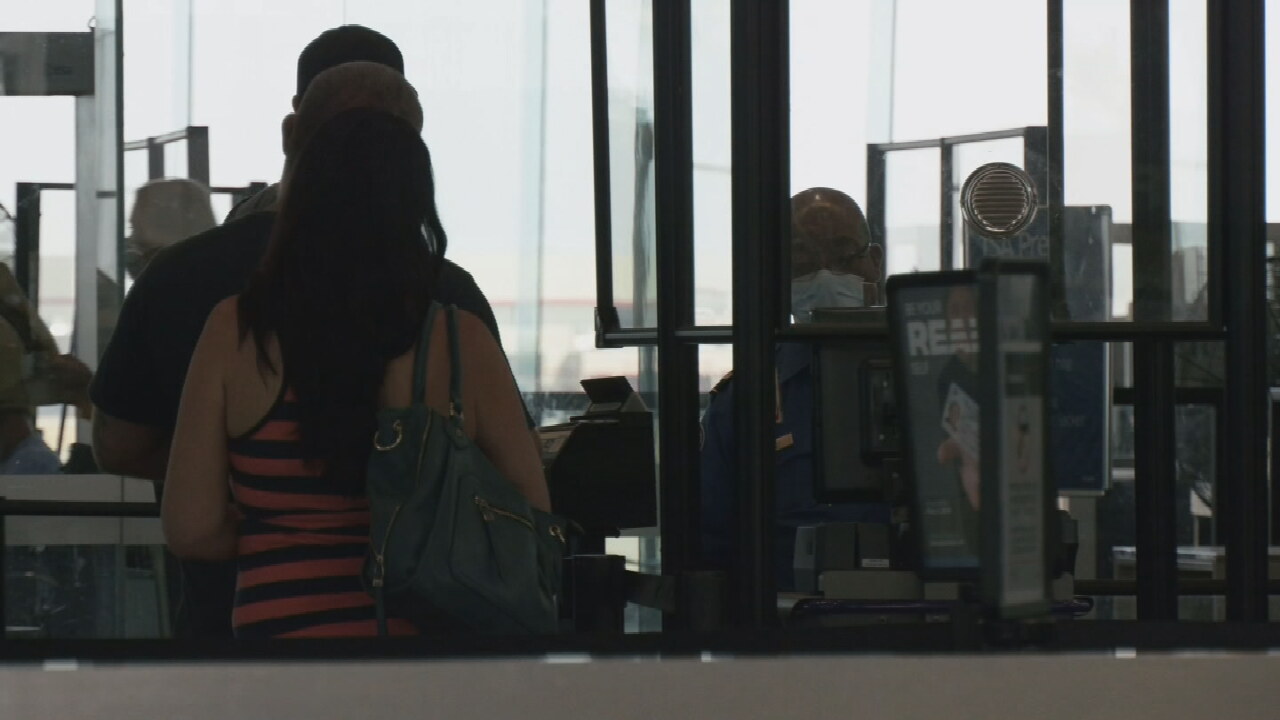 The number of people flying through Tulsa is starting to slow down a bit after a busy summer.

Typically travel is down for about a month after Labor Day then picks up around October and airport officials said that's what they expect to see happen this fall. On Tuesday, Ayu Ramadhni and Brian Gathy said at the airport waiting on their flight back to California after visiting family for the holiday.

"We did get here extra early just because we have to drop off the car, but at the same time we didn't know how busy it was going to be," said Ramadhi.

Things were busy during the Labor Day weekend but overall, travel this summer was down compared to 2019, but it is starting to pick up.

"So we saw traffic really starting to bounce back with a lot of summer travel and then at the beginning of August it was still pretty strong and then once school started to get back in session we did see a little bit of a recession in travel, but we are starting to slowly see that pick back up coming into the first week of September," said Andrew Pierini.

Pierini is the Director of Air Service Development for Tulsa International Airport and said June was down 14% from 2019, but July was down only 9%. He said it's mostly people traveling for fun and they expect to see that continue, even with some of the airlines cutting back on flights.

"So we have seen some slight trimming from airlines. For example, American airlines trimming DFW from nine to eight times daily. So we haven't seen any markets entirely exited or anything like that. So you'll still have a non-stop connectivity that you would expect," said Pierini.

Ramadhni and Gathy said they're glad they didn't have any problems flying and are planning more trips in the future. "Not this year. Probably by spring would be the next time we would do some more trips," said Gathy.