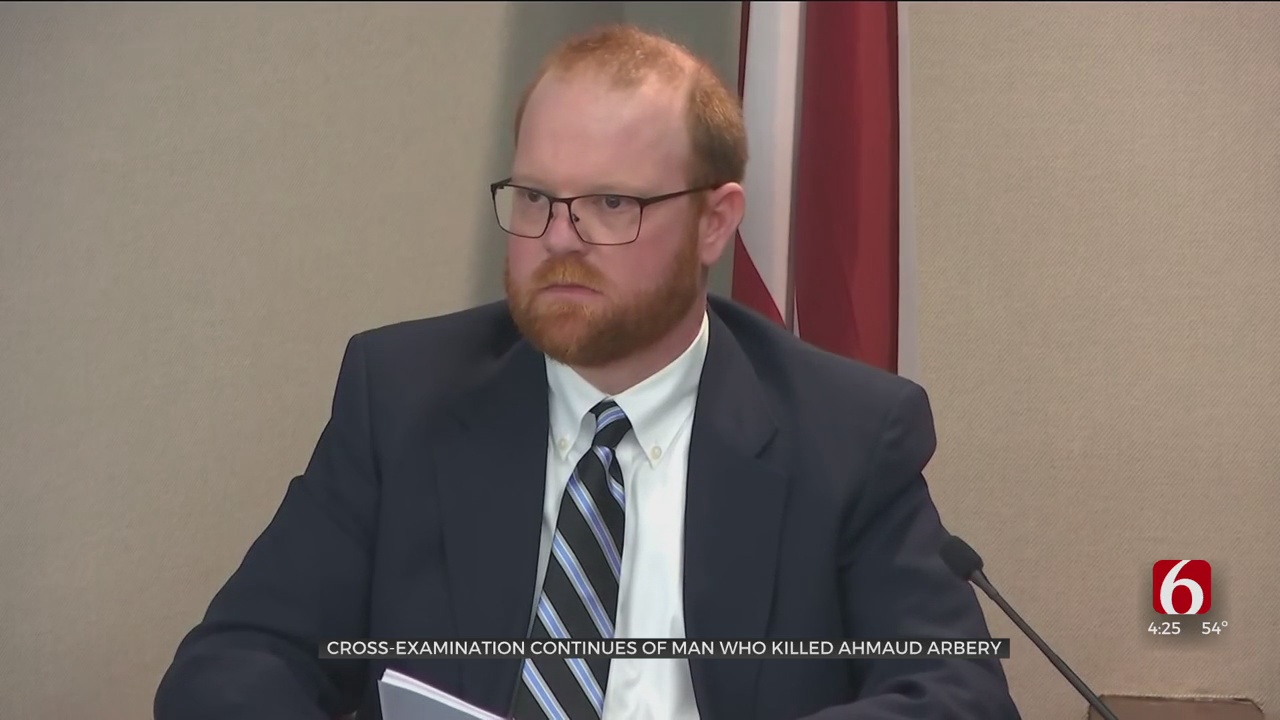 The man who killed Ahmaud Arbery testified Thursday that Arbery did not speak, show a weapon or threaten him in any way before he raised his shotgun and pointed it at the 25-year-old Black man.

Under cross-examination by the prosecution on his second day of testimony, Travis McMichael said he was “under the impression” that Arbery could be a threat because he was running straight at him and he had seen Arbery trying to get into the truck of a neighbor who had joined in a pursuit of Arbery.

“All he’s done is run away from you,” prosecutor Linda Dunikoski said. “And you pulled out a shotgun and pointed it at him.”

Cellphone video from the Feb. 23, 2020, shooting — replayed in court Thursday — shows Arbery running around the back of McMichael’s pickup truck after McMichael first points the shotgun while standing next to the open driver’s side door. Arbery then runs around the passenger side as McMichael moves to the front and the two come face to face. The truck blocks any view of them until the first gunshot sounds.

McMichael’s remarks Wednesday marked the first time any of the three white men charged with murder in Arbery’s death has spoken publicly about the killing. He testified Wednesday that Arbery forced him to make a split-second “life-or-death” decision by attacking him and grabbing his shotgun.

Dunikoski noted Thursday that’s not what McMichael told police in an interview about two hours after the shooting occurred.

“So you didn’t shoot him because he grabbed the barrel of your shotgun,” Dunikoski said. “You shot him because he came around that corner and you were right there and you just pulled the trigger immediately.”

“No, I was struck,” McMichael replied. “We were face to face, I’m being struck and that’s when I shot.”

McMichael said he had approached Arbery because neighbors indicated something had happened down the road in his coastal Georgia neighborhood of Brunswick and he wanted to ask Arbery about it. Arbery was running in the neighborhood at the time. He said Arbery stopped, then took off running when McMichael told him police were on the way.

Asked how many times he had previously pulled up behind strangers in the neighborhood to ask them what they were doing there, McMichael said never.

“You know that no one has to talk to anyone they don’t want to talk to, right?” Dunikoski said.

The prosecutor also pressed McMichael on why he didn’t include some details of his testimony Wednesday in his written statement to police, namely the part about his telling Arbery police were on the way.

McMichael said he was “under stress, nervous, scared” at the time of his police interview and “probably being choppy.”

“What were you nervous about?” Dunikoski asked.

“I just killed a man,” McMichael responded. “I had blood on myself. It was the most traumatic event of my life.”

“You were nervous because you thought you were going to jail, right?” Dunikoski asked.

“No. I gave them a statement,” McMichael said.

McMichael and his father, Greg McMichael, armed themselves and pursued Arbery in a pickup truck after he ran past their home from the house under construction. A neighbor, William “Roddie” Bryan, joined the chase in his own truck and recorded cellphone video. Arbery’s killing deepened a national outcry over racial injustice after the video of his death leaked online.

Outside the Glynn County courthouse Thursday, hundreds of pastors gathered in response to a defense lawyer’s bid to keep Black ministers out of the courtroom.

The Rev. Jesse Jackson again joined Arbery’s family in the courtroom, even as Bryan attorney Kevin Gough renewed his request to keep pastors like Jackson out. The issue was brought up outside the jury’s presence, and Judge Timothy Walmsley declined to take it up again, noting he’d already rejected the same motion twice.

“The court’s position is already in the record,” Walmsley said.

Gough first asked the judge last week to remove the Rev. Al Sharpton from the court, saying the civil rights activist was trying to influence the jury, which is disproportionately white. The later called Gough’s remarks “reprehensible.”

Prosecutors contend there was no justification for McMichael and his father to arm themselves and chase Arbery when he ran past their Georgia home. The McMichaels told police they suspected Arbery was a burglar because security cameras had recorded him several times in the unfinished house on their street.

Prosecutors say the men chased Arbery for five minutes and used their trucks to prevent him from fleeing their neighborhood before Travis McMichael shot him. They say there’s no evidence that Arbery — who had enrolled at a technical college to study to become an electrician like his uncles — had committed any crimes. 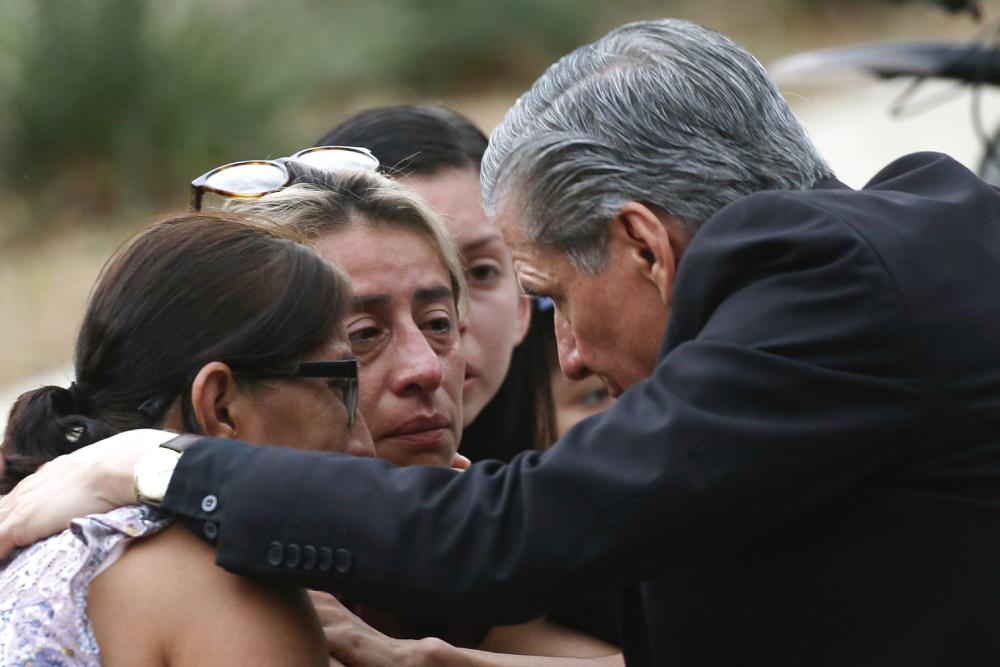