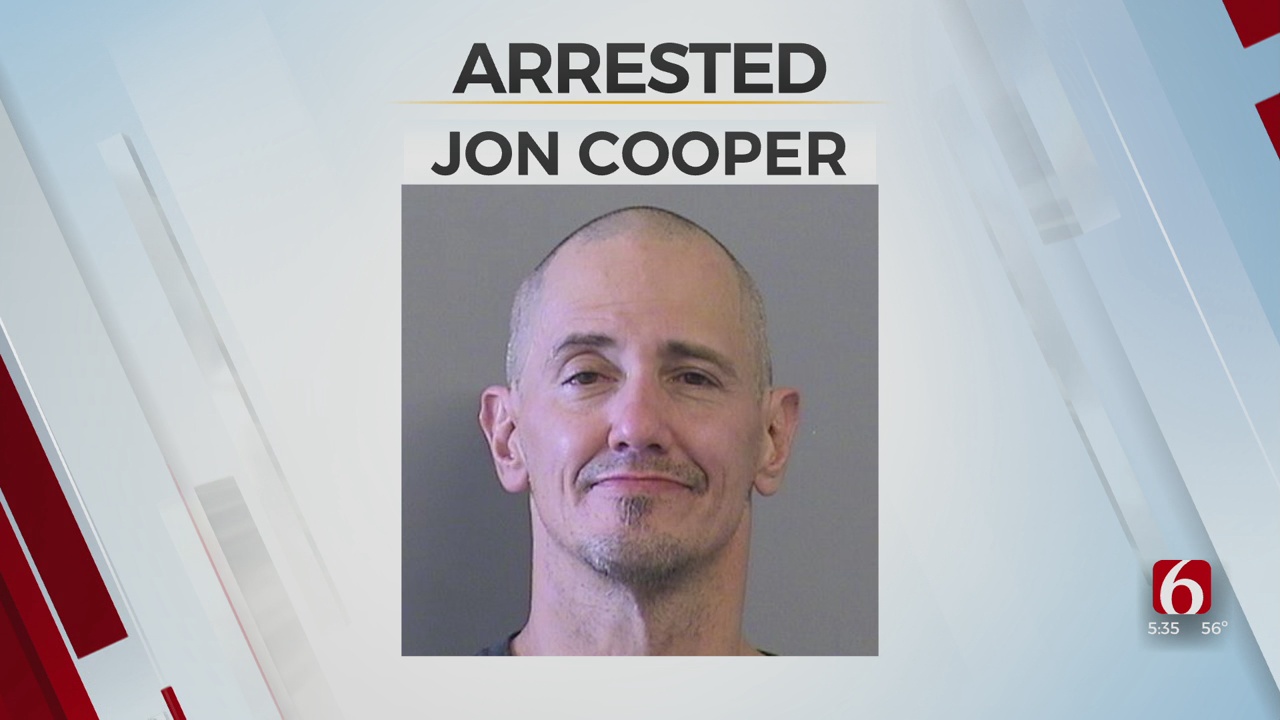 Tulsa Police arrested a man after officers were called about a burglary at the same house two times on Saturday.

The first time, the caller reported a man named "Jon" with a knife got into her home and threatened her and her dog.

The victim told officers the burglar ran off and officers did not find anyone.

Then, on the second call two hours later, officers found Jon Cooper across the street from the same victim's house.

Officers said there, they also found broken glass and damage that looked like someone tried to get in through the door.

Police said later, they found two pocket knives on Cooper and that he was being aggressive during his arrest.

Cooper was booked into the Tulsa County Jail on complaints of burglary and resisting arrest.