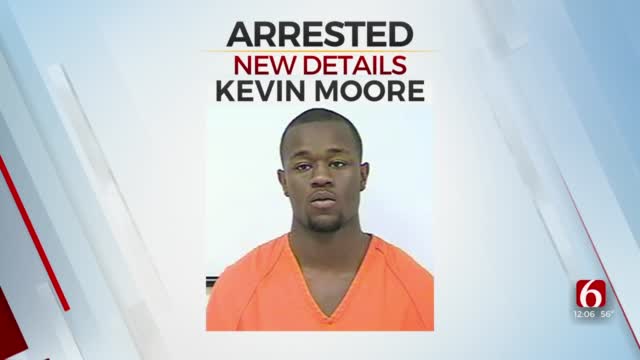 A man accused of assaulting a Tulsa police officer is in jail on Friday morning.

According to police, officers attempted to pull over Kevin Moore for a traffic stop around 2 a.m. on Friday, but say he ended up leading them on a chase near Gilcrease Museum Road and Edison.

Officers say they found Moore at an apartment complex in the area. Police say he tried to run away, then he started fighting with officers.

Police say Moore tried to grab an officer's gun amid the altercation, but the officer managed to keep him from getting the firearm, the officer then arrested Moore.

Since it happened in Tulsa's section of Osage County, Moore will be booked into jail in Pawhuska.