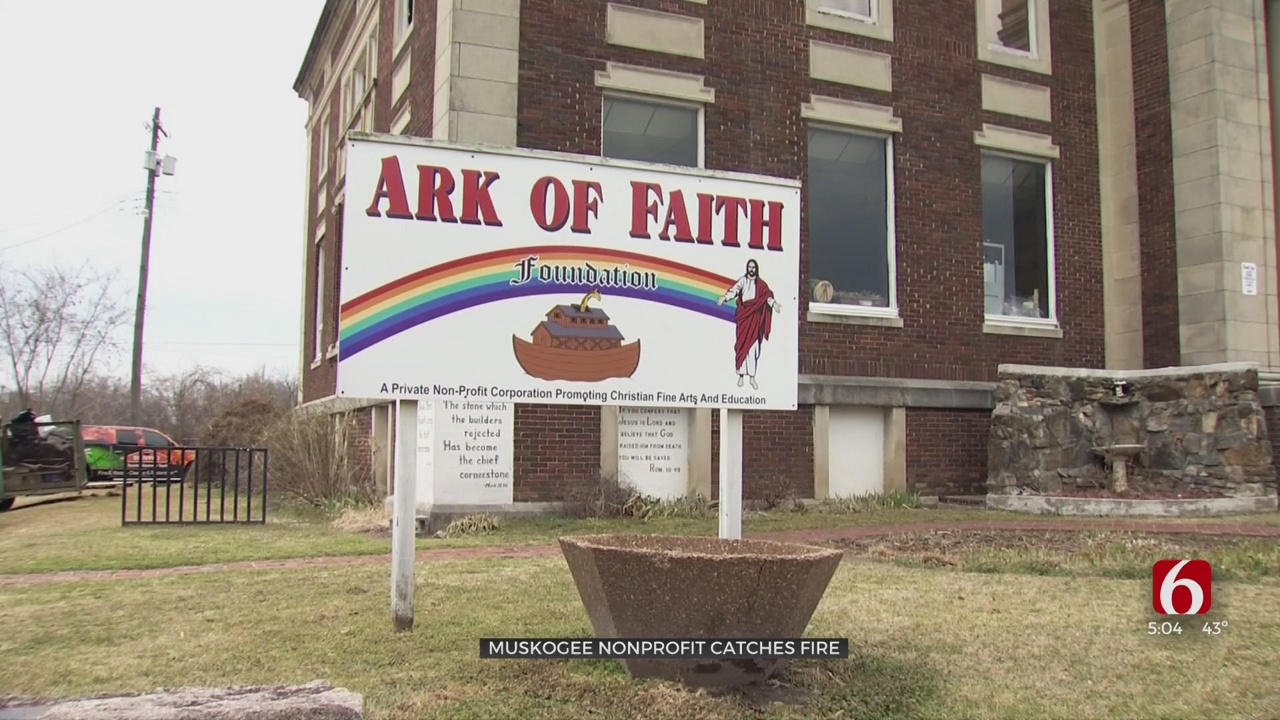 Fire investigators are still trying to determine what caused a fire at the historic Carnegie Library in Muskogee.

The building is home to The Ark of Faith, a nonprofit that helps feed the homeless and ministers to those in the community. Although more than half the building is damaged, volunteers still gave out food the day after the fire.

Anne Roberson has been volunteering at The Ark of Faith for eight years. Roberson was homeless at one point in her life. She said this organization has given her more than she ever could've asked for in return.

"I have gotten so much from showing up and serving,” said Roberson.

Roberson said when she heard about the fire, she felt like a family member died.

“You don't want to go to the funeral and see them that way,” said Roberson. “I didn't want to see the building this way.”

Her first thought, though, was where will people go?

"I know that there's other places, but there’s some that come here that it's part of home to them,” said Roberson.

The old Carnegie Library was built in 1913 and has been the Ark of Faith's home for 37 years.

"We feed and clothe the hungry,” said Founder, Sally Weiesnbach.

Weiesnbach said she's sad to see the damage the fire caused, but faith is what is keeping her going.

“I've started to cry off and on but He has always brought the best out of this,” said Weiesnbach.

Firefighters say the fire started on the second floor and caused heavy smoke damage to several rooms inside, including the chapel. Volunteers can't get inside, but say that won't stop them from serving.

"You can feed the homeless anywhere,” said Roberson. “You can find another place."

Sally said if Ark of Faith is meant to go back inside, God will find a way.

"Nothing is impossible to God. If he wants us back in this building, he'll get us there," said Weiesnbach.

The fire department said they're continuing their investigation, but they say currently the fire doesn't look suspicious.

If you’d like to help with the rebuilding process and with their ministry, visit  https://www.arkoffaith.org/giving//