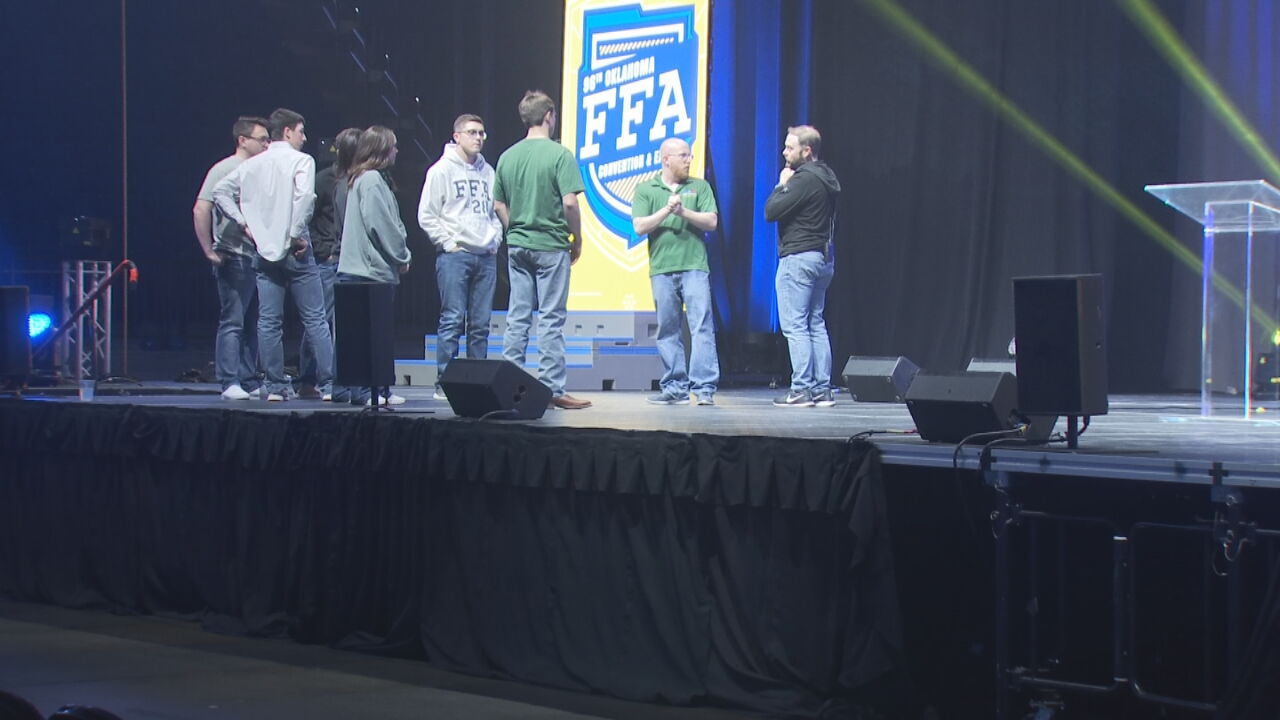 Preparations are underway for the 96th annual FFA State Convention, and it's in Tulsa for the first time ever this year. In the past, it's been held in Oklahoma City. However, the Cox Center was purchased last year, so they had to find a new place to hold the state convention.

State FFA officers are setting up the stage and preparing awards ahead the 96th annual state convention. About 15,000 FFA students from 364 Oklahoma Chapters will fill the BOK Center.

"State convention is the foundation for a lot of FFA members’ experience,” said State FFA President, Dalton Rogers. “Their great memories are going to be formed right here at the BOK Center."

During the two-day convention, students will go back and forth between the Cox Business Center and the BOK for several business sessions, an awards ceremony and they'll elect new state officers for next year. They also can meet with colleges to learn about future career opportunities.

“These sessions will have educational speakers, but the main thrust is to recognize these members for their accomplishments over the year and conduct the business of the organization,” said State FFA Advisor, Scott Nemecek.

Current State FFA President Dalton Rogers said he never saw himself as an FFA member back in middle school in Owasso but doesn't know where he'd be now without the program. “You develop leadership skills, public speaking abilities, hard work, those soft skills that you don't just learn by being in a classroom,” said Rogers.

Northeast Area Vice President Quetta Woodall said her FFA experience in Afton has inspired her to become an ag teacher in Oklahoma. "I used to not want to talk to anyone but now I can just make friends with everyone, and it's really taught me my love for agriculture,” said Woodall.

Both said they're excited to see the impact FFA will have on future generations. "It 100-percent changed my life,” said Rogers. “I don't know where I'd be right now."

The two-day event starts on Tuesday, May 3 and will last until Wednesday, May 4.