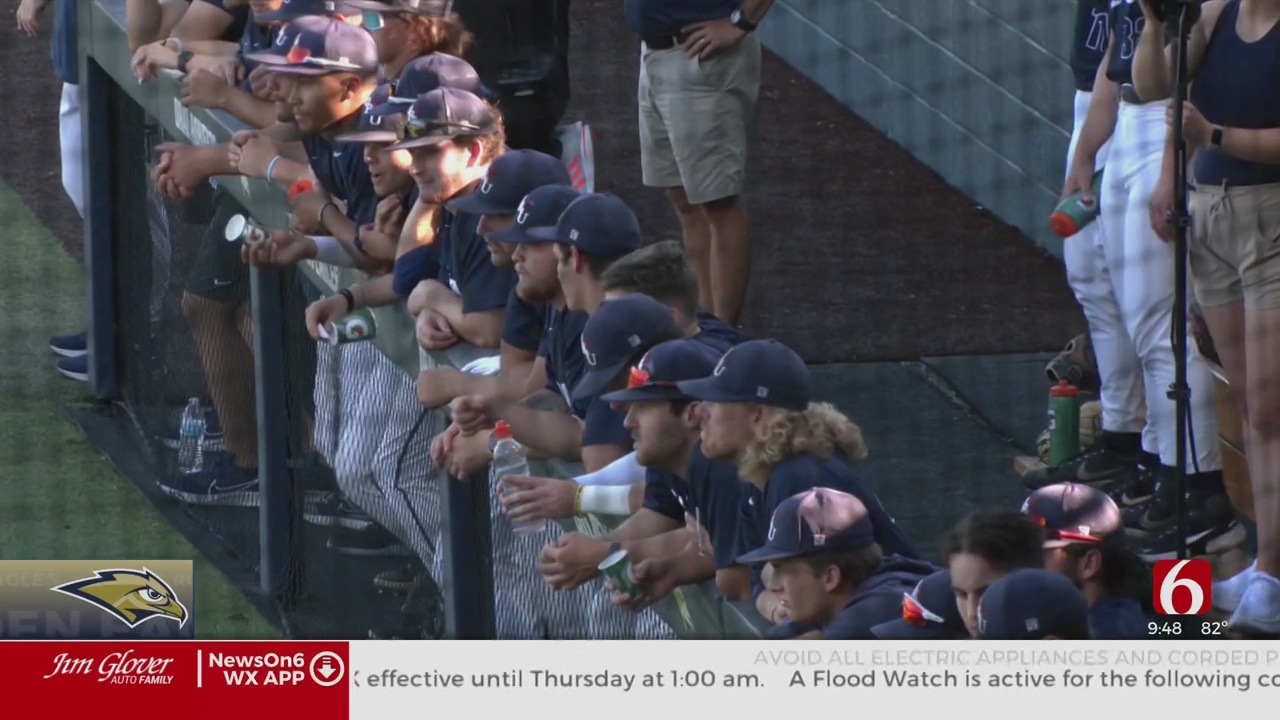 Hopefully we will be talking about a Cinderella story for the next couple of weeks.

ORU is back in the NCAA regionals for the first time since 2018.

However, the team is already building the right mindset ahead of their game against 5th ranked Texas A&M in college station.

The Golden Eagles' could hardly be more confident.

Ryan Folman's team has won seven of their last nine games, and keeping the routine the same is working.

"The message has been to go out and do what we have done all year. It's worked so far. We have gotten to where we are by just hard work and dedication so if we go out and do the same thing at a bigger stage what should change,” said ORU Pitcher Cade Denton.

The regional this week at Texas A&M is a business trip but it’s just a piece to the puzzle.

The number 425 on the players' shirt is a reminder of how many miles it is to Omaha, which is ultimately the Golden Eagles goal to play in this year’s college world series.

“If we go out there and play our best baseball there’s nobody in the country who can beat us. If we go out and we have legends smith on the bump we have every one of our first team infielders out there, we have all of our outfielders, if we all perform our best there is nobody that can beat us,” said Denton.

Heading into College Station, ORU is averaging 14 runs per game in their last 3 contests, and the Golden Eagles will need to keep the offense going against the Aggies.

Battle tested, winning games and getting hot at the right time might just be a perfect combination for ORU.