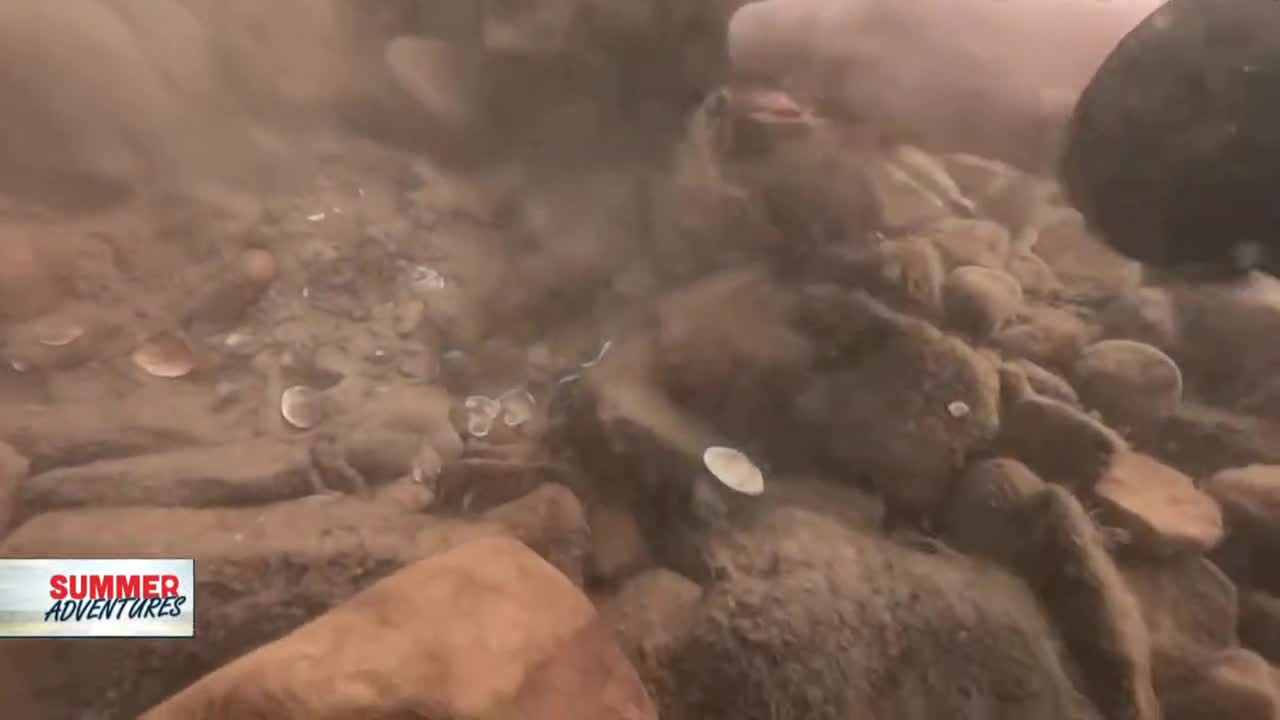 News On 6's Tess Maune takes you to another Oklahoma town that's found a new use for an old silo.

With more than 130 miles of shoreline, Lake Tenkiller is home to some pretty spectacular views. What many Oklahomans may not realize, there's a lot to see underwater, too.

"Tenkiller is definitely the premier scuba lake in Oklahoma," he says.

And it's an old boat dock where visitors have been learning to scuba dive for 51 years.

"We take you from knowing nothing about scuba diving to being a certified scuba diver," Cotherman said.

Shari and Wes Wilson are master divers who got their start with Gene's at Lake Tenkiller four years ago.

"Oh, it's so cool. It's hard to describe, a whole different world. Peaceful," Shari Wilson said.

The Wilsons live in Choctaw, but they spend almost every summer weekend at Tenkiller exploring a world under water.

There's even a scuba park at the bottom of the lake.

And a famous fish -- a smallmouth bass named Mitch.

"All kinds of cool stuff to see," Shari Wilson said. "You need to do it, just come try it. Once you try it, you'll be hooked."

Once you're above water again, there's more adventure awaiting near Lake Tenkiller.

Tess' next stop is called 'The System,' a professionally built mountain bike trail system next to Vian's city lake.

Sullvian is an emergency room doctor who clears his mind through mountain biking.

The System has something for everyone, including some gnarly drops for experienced riders.

There are easier trails for beginners or for folks who just want to hike, walk or run.

The area around Lake Tenkiller has some neat places to stay as well, such as 'The Silo.'

"It's just so different than anything around here," said Maggie Sheffield, co-owner.

The Silo is an AirBnB that taps into the owners' country roots.

"My husband is a third-generation farmer, so we farm in Webbers Falls. We kind of wanted something to tie into the farm life," she said.

And for the kiddos, it's a plce where 'time out' doesn't exist.

"We'd tell them to go stand in the corner, except they don't know: they'll just go in circles in here," said Warner resident Lane Pohlsander.

Lane and Katie Pohlsander live about 30 minutes from The Silo, and they spent a weekend there with their son and daughter.

"It was a perfect getaway, not too far from home. The kids had a blast," Katie said.

Whether you're slowing down at The Silo, taking sharp turns at The System or suiting up to scuba dive, there's so much to explore right here in Oklahoma.