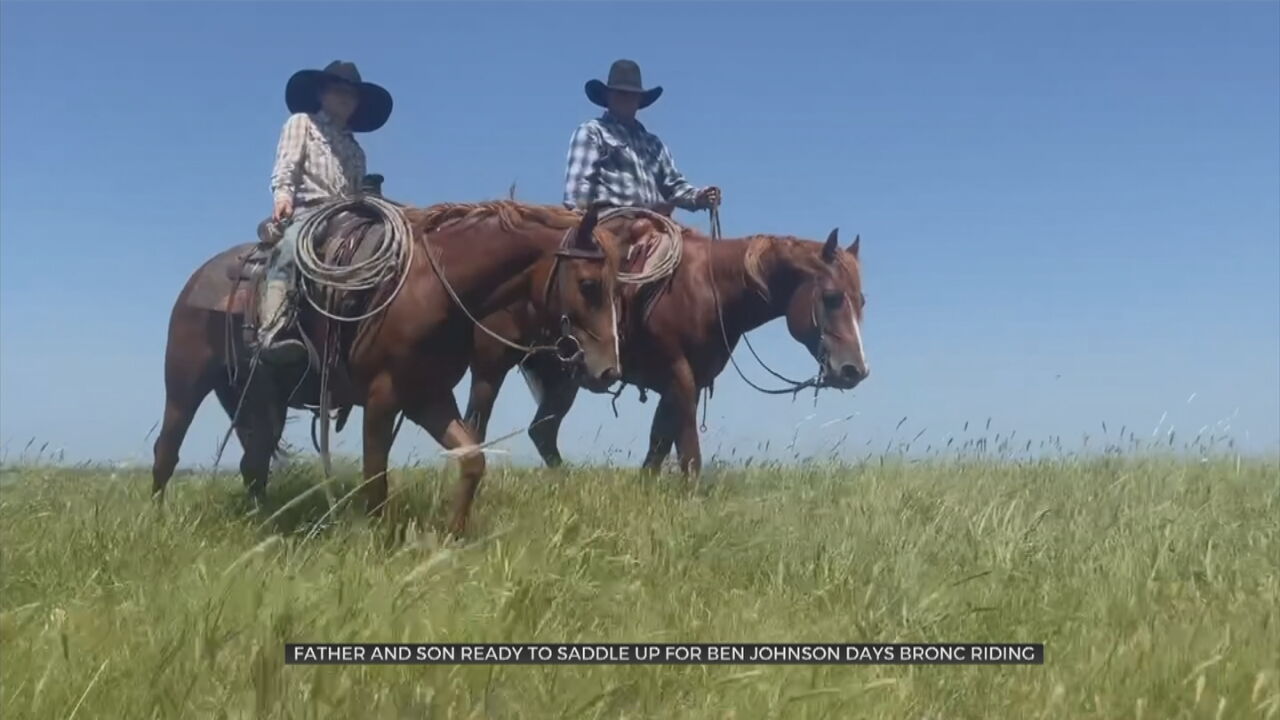 The weekend will be extra special for a dad and his eight-year-old son, who are both saddling up to ride broncs.

Clayton Zibell is a real-life cowboy. He spends his days on horseback in open pasture checking cattle.

Cowboying is a way of life for that goes back generations in Clayton’s family.

“I've been doing it my whole life, my dad's done it forever, his dad did it... it's about all I know to do,” said Clayton.

Clayton works every day with his dad Tim and in the summer, Clayton's son Braxton makes quite a hand himself.

“It's just fun and I get to rope calves and stuff,” Braxton said. “I just like having fun with my dad.”

Braxton has been riding horses his whole life. There’s proof in a picture that shows him as a newborn, on horseback, in his dad's arms. Now, at eight-years-old he's helping break a horse.

“This is Bub. My friend got bucked off of him, so I'm riding the horse and he's just a good little pony and I'm training him,” Braxton said while patting Bub on the neck.

Braxton is fearless. He’s a state champion wrestler and he loves to rodeo, specifically riding broncs.

“I just like getting on broncs because I think it's fun,” said Braxton.

Kids ride mini broncs, which are ponies. But they’ll still get the blood pumping.

“Sometimes I get nervous and close my eyes,” said Braxton as he closed his eyes tight under an oversized cowboy hat.

Bronc riding also runs in the family. His dad has been saddle bronc riding for years.

“You get your heart beating... if you don't get just a little bit nervous then there's something wrong with ya. So, hold on,” Clayton said with a laugh.

Clayton and Braxton will be holding on and chasing that eight second ride this Father's Day weekend at the Ben Johnson Days rodeo in Pawhuska.

“It makes it pretty special. He's there, we're celebrating, plus he's getting on a bronc, which that's what I really like to see,” Clayton said.

They're both riding broncs -- Clayton in the adult division, Braxton in the youth.

A win would be the cowboy way of saying,,, Happy Father's Day.

Braxton will ride in the youth rodeo Saturday morning at 10 at the Osage County Fairgrounds. But there are all kinds of other events going on this weekend in Pawhuska with Ben Johnson Days. There’s a rodeo Friday and Saturday night and steer roping Sunday.