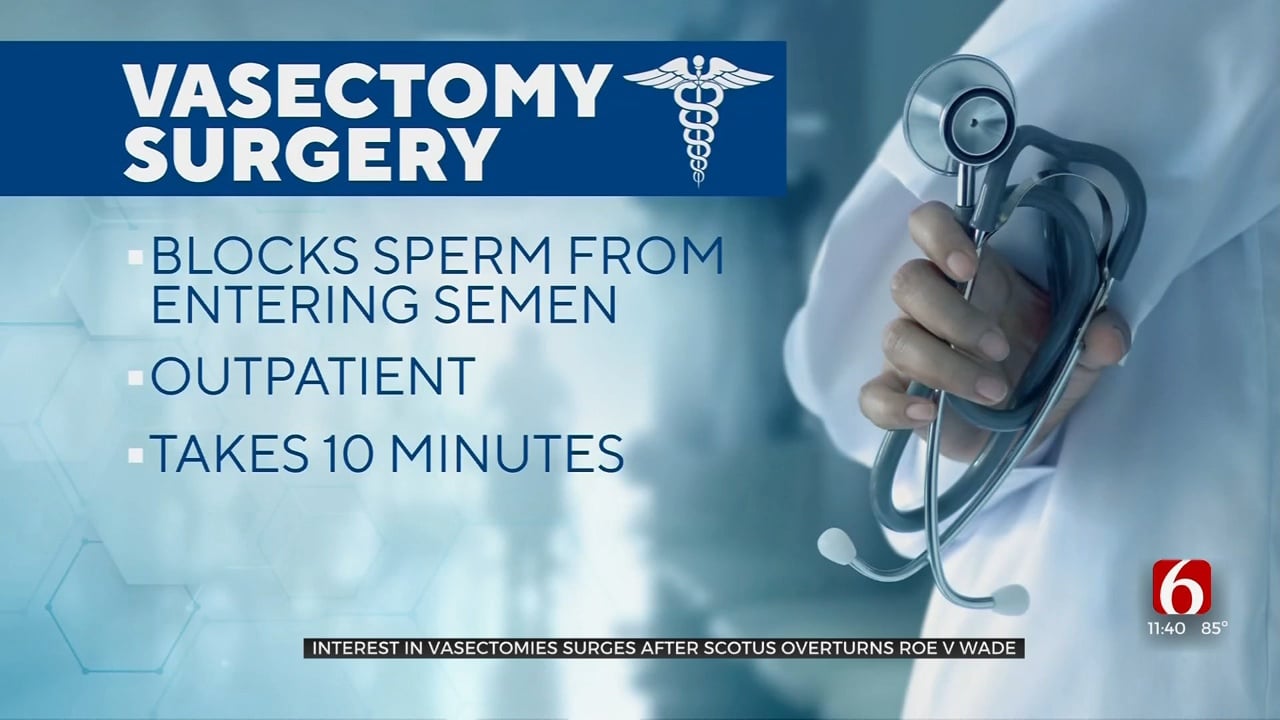 More men are seeking to get vasectomies as states move to ban or restrict abortions following the Supreme Court's ruling on Roe v. Wade, doctors said. At one Florida clinic, a urologist told CBS News he found out about the ruling through the sheer number of phone calls coming into his clinic that day.

From his office near Tampa, Dr. Doug Stein calls patients who are under the age of 30 or do not have children to discuss whether they are 100% sure they want a vasectomy. He said he's making those calls more often.

The two-doctor practice performs six vasectomies an hour most days.

"Fifty-percent of our calls are from women, really, who are making the arrangements," Stein said.

Thomas Figueroa, 27, said he and his girlfriend do not want children, so getting a vasectomy was always on his mind.

"I've always thought about this decision. The Supreme Court did push me to finally do it," he told CBS News.

The procedure, which blocks sperm from entering semen, is outpatient and takes about 10 minutes. Recovery from the procedure takes about two days, as opposed to a female tubal ligation — which is riskier and much more invasive.

Figueroa said the procedure is also about easing the burden on women who have had their constitutional right to abortion taken away and for those who feel restrictions on birth control could come next.

In Houston, Jordan Castro's post about getting a vasectomy went viral. He said he did it last fall after the state of Texas passed a law banning abortion after about six weeks of fertilization.

"Really try to put yourself in women's shoes, men should try to take a little responsibility," he said.

Stein said he tells his patients that while vasectomies are reversible, not all reversals are successful.

He said his clinic is booked through August, which is as far in advance as it's ever been booked before.

Burglary Suspect Accused Of Leading Officers On Chase Dies After