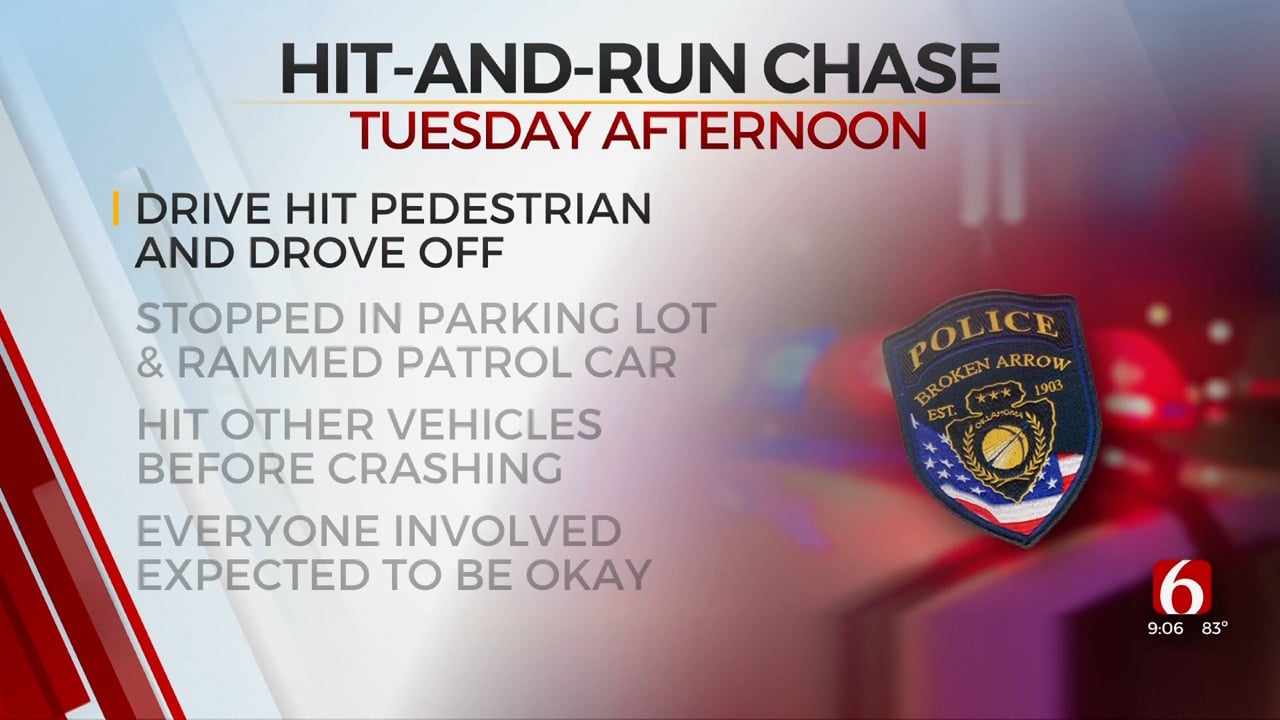 Broken Arrow police arrested a woman who officers say hit someone with her car, causing several other crashes while running from police.

Witnesses told police they saw a car that was at the scene of two attempted burglaries.

Officers tried to pull over the driver near N. Elm Ave. and W. Kenosha St.

They said during the traffic stop, the driver, Courtney Jordan, hit a pedestrian and drove away.

Jordan hit several other vehicles in an intersection, before crashing into a fence on Elm, police said.

Jordan faces several counts, including assault and eluding an officer.