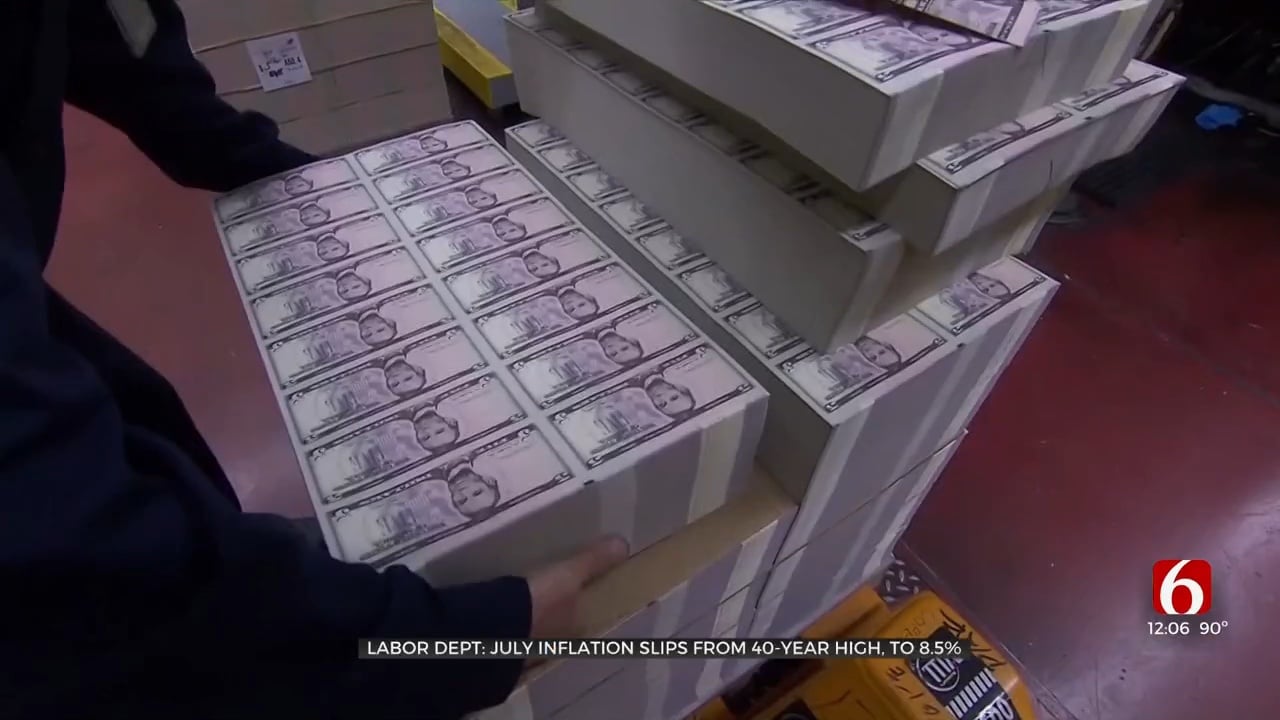 Inflation slowed in July as gasoline prices dropped, a sign that the Federal Reserve's efforts to control spiraling prices are taking effect.

Consumer prices last month rose 8.5% from the same month a year ago, the Labor Department reported on Wednesday — lower than economists had expected and down from 9.1% in July.

Core inflation, which strips out volatile food and gas numbers, rose 5.9% annually, the same rate as in June and slightly lower than analyst forecasts.

"Largely driven by falling gas prices, inflation dipped slightly in July to 8.5%, down from the 40-year high reported in June," Bright MLS chief economist Lisa Sturtevant said in an email. "Other prices — including prices of online goods and airline fares — dropped in July and consumers report they expect lower inflation in the months ahead, which are all signs of a potential turnaround in the inflation picture."

A report on Tuesday showed that online prices fell for the first time in two years, with electronics, apparel and toys all showing large declines.

While inflation is easing, it remains painfully high for U.S. consumers. Prices for food and shelter continued to rise last month, although those increases were offset by falling energy costs.

The Federal Reserve is expected to continue raising its benchmark interest rate next month, with economists predicting a hike of half to three-quarters of a percentage point. The central bank has raised the federal funds rate four times this year in a move to slow the economy and arrest spiraling inflation.

Financial markets are betting that the Fed will keep raising rates this year, to a range of 3.5% to 3.75%. The Fed's goal is to cool inflation without tipping the economy into recession — a difficult needle to thread.

This is a developing story. The Associated Press contributed reporting.