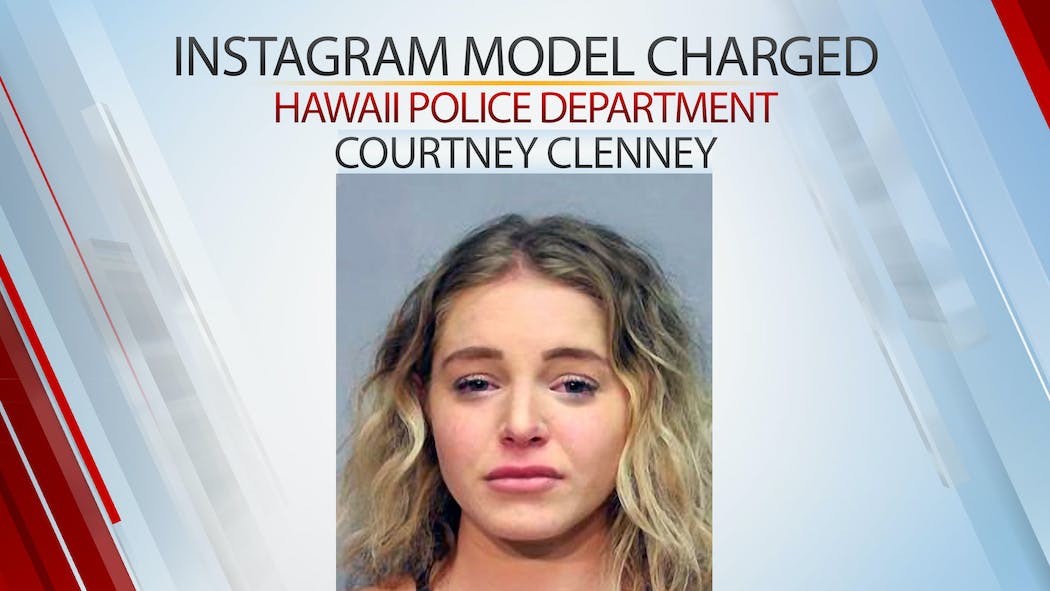 Social media model Courtney Clenney has been charged with second-degree murder over the April death of her boyfriend, Christian Toby Obumseli, Miami State Attorney Katherine Fernandez Rundle said Thursday. Clenney, 26, was arrested in Hawaii on Wednesday on a charge of second-degree murder with a deadly weapon.

At a press conference Tuesday, Rundle described an "extremely tempestuous and combative relationship" between the couple that began in November 2020. She said that security staff at the building documented "many instances" of loud arguments between the pair after they moved into the apartment in January 2022, adding that tenants as far as two floors above the apartment had complained to the building about the noise.

Rundle also showed a video from a building elevator in February 2022 that appeared to show Clenney shoving and hitting Obumseli.

Rundle said that the couple briefly separated when Clenney kicked Obumseli out of her apartment in late March, but he returned on April 1. Police were called to the apartment later that day, and Clenney appeared "intoxicated" at the time, Rundle said.

On the day of Obumseli's death, he left the apartment at 1:15 p.m. and returned at 4:33 p.m. with sandwiches for the pair, Rundle said. Clenney called her mother at 4:43 and again at 4:49, and at 4:57 called 911 to report that Obumseli had been stabbed. During that time, neighbors called the building about a disturbance and security also called 911, Rundle said.

Rundle said Obumseli can be heard saying that he was dying and losing feeling in his arm on her 911 call, and that Clenney was heard saying "I'm so sorry."

Clenney later told police she had stabbed Obumseli after he grabbed her by the throat and shoved her against the wall, Rundle said. She allegedly said she ran to the kitchen, grabbed a knife, and threw it at him from about 10 feet away.

But Rundle said police did not find any evidence that Clenney had been harmed and said the medical examiner disputed her account of the incident, noting that Obumseli's injury was much more consistent with a "downward thrust" with the knife than with a throw from such a far distance.

Rundle said the chief medical examiner for Miami-Dade County determined that Obumseli was killed by a three-inch deep stab wound to the chest.

An attorney for Obumseli's family said at the press conference the family "always believed that with a thorough and fair investigation, this day would come to reality."

When asked why it took so long to press charges over the April incident, Miami police chief Manuel Morales said it was critical to ensure the charge would stand up in court.

"You only get one shot," he told reporters. "You want to get it right."

Hawaii County police said in a prior statement they assisted the U.S. Marshals Service as they arrested Clenney in Laupahoehoe, which is on the Big Island. Officers used an arrest warrant issued by Miami-Dade County, Florida.

Clenney was being held at the East Hawaii Detention Center while she waits for her initial court appearance in Hilo District Court on Thursday, police said Wednesday. Rundle said Clenney had not yet appeared in court, where she will decide whether to waive or contest extradition back to Florida.

Clenney uses the name Courtney Tailor on Instagram and OnlyFans, where she has more than 2 million followers.

Her Miami defense lawyer, Frank Prieto, told CBS Miami that she was in Hawaii while in rehabilitation for substance abuse and post-traumatic stress disorder.

"I'm completely shocked, especially since we were cooperating with the investigation and offered to voluntarily surrender her if she were charged," Prieto said before the Thursday press conference. "We look forward to clearing her name in court."

Prieto said the two were together for about two years and their relationship was complicated.

"It was clearly a toxic relationship, (they) had their ups and downs and, unfortunately, it culminated with his death," he said.

Prieto said Clenney was actively seeking professional help to process the trauma experienced on the night of the stabbing.

Obumseli's family said that he was a soft-spoken man and the idea that this was warranted is unthinkable, CBS Miami reported.

"We have no cause to believe that this was a case of self-defense. Toby was raised with a, by a very strong family with strong morals, strong values, he does not come from that," said Karen Egbuna, a cousin of Obumseli who also appeared at the press conference.