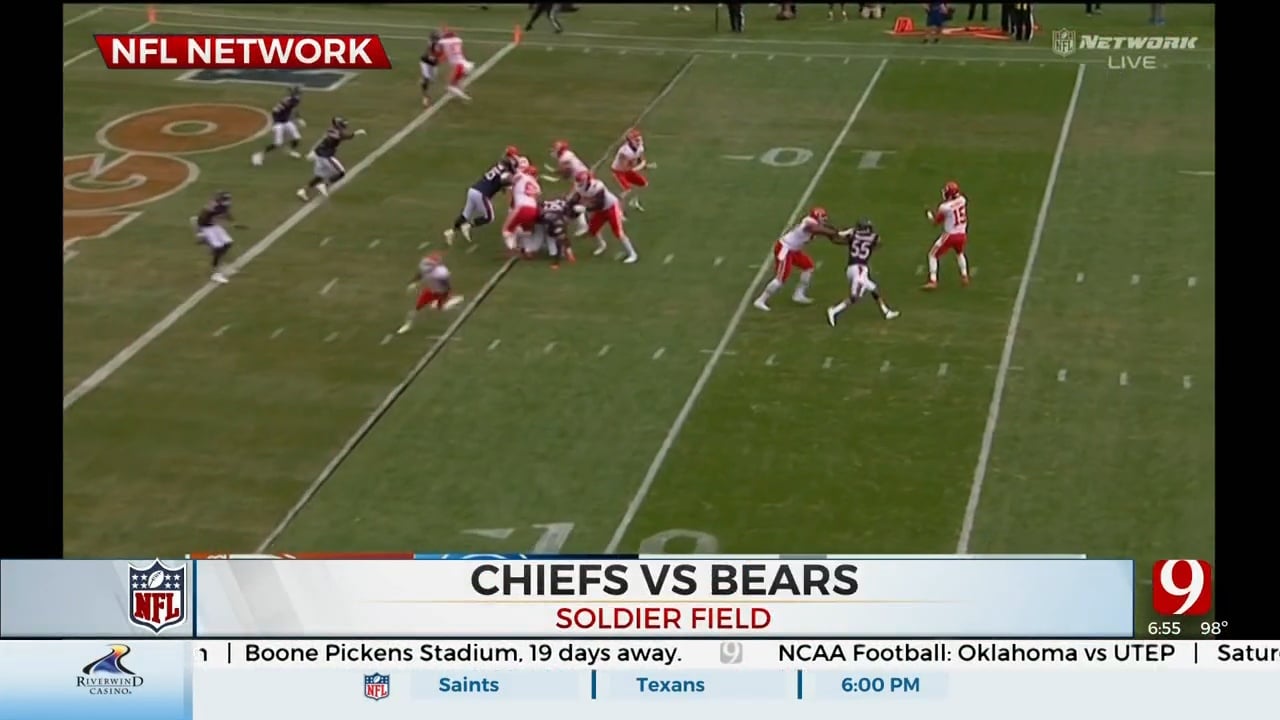 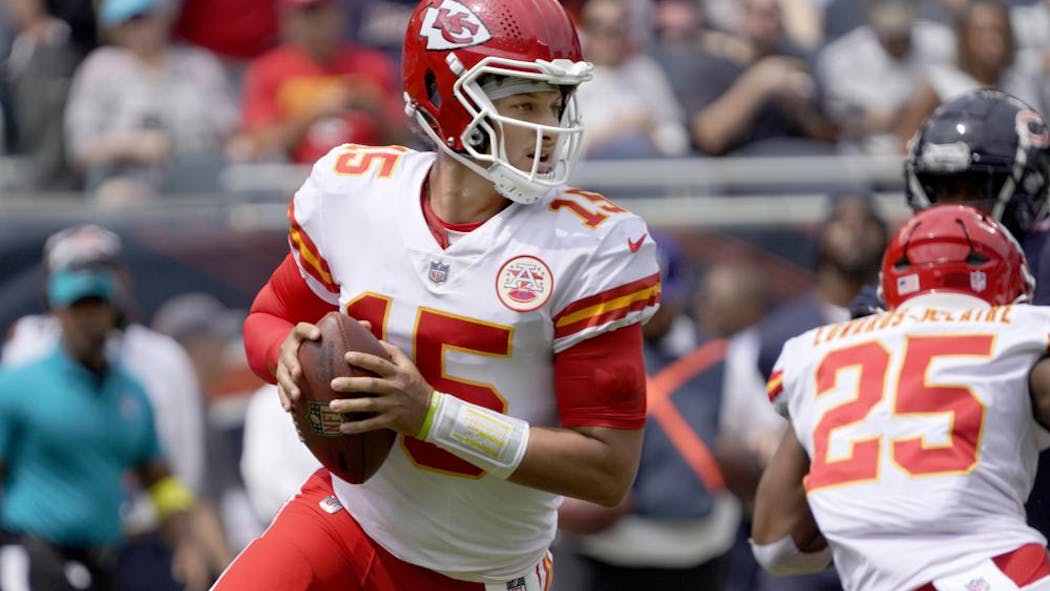 Patrick Mahomes threw for 60 yards and a touchdown on Kansas City’s first possession, then watched as the Chiefs lost to the Chicago Bears 19-14 in the preseason opener Saturday.

The game was the first for Chicago’s Matt Eberflus as a head coach. It also marked the return to Soldier Field for predecessor Matt Nagy, now the Chiefs’ quarterbacks coach. He was fired in January after leading the Bears to a 34-31 record in four seasons, then reunited with Andy Reid after previously working for him in Philadelphia and Kansas City.

Chiefs safety Justin Reid showed he could be an emergency kicker, nailing an extra point after Justin Watson caught a 22-yard touchdown from Shane Buechele in the closing seconds of the first half. Reid, who made a 65-yard field goal in a training camp practice, sent the kick right down the middle to make it 14-0.

Mahomes had no trouble playing on a chopped-up field. He also picked apart a defense missing its two best players, with linebacker Roquan Smith in a contract standoff and the Bears holding out star pass rusher Robert Quinn.