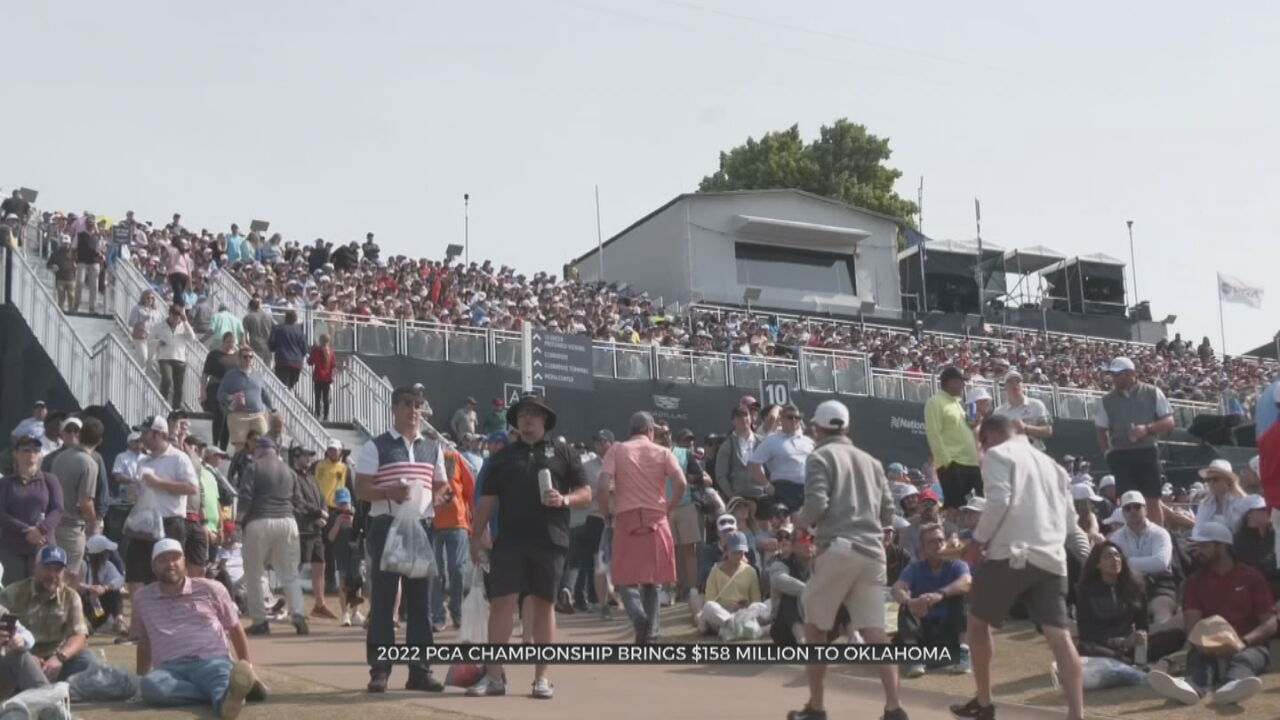 The 2022 PGA Championship is credited with bringing in nearly $158 million to the state's economy.

State leaders said this is from the more than 60,000 Tulsa-area hotel rooms booked during the Championship along with revenue from tickets, merchandise, food, and entertainment.

Lieutenant Governor Matt Pinnell said Oklahoma sells well; we just have to get people here and the 2022 PGA Championship is proof that tourism works.

Justin Thomas wasn't the only winner of the 2022 PGA Championship.

"What was really cool was the small business owners had been excited for this tournament for a year," said Pinnell.

"When we were able to exceed all expectations and the expectation was already very high, I couldn't be more proud of the city," said Pinnell.

People from around the world were watching.

"I think we just showed the world Oklahoma's not a dust bowl. You saw on your television screen an amazing, beautiful city and state," said Pinnell. "We're already working deals. We're already talking to companies."

Jeff Smith was Southern Hills' General Chairman for the PGA Tournament. "The accolades and the compliments and the thank you's, it was so well received," said Smith.

"Our forefathers here kind of put it in our DNA. It's our 8th Major Championship to host," said Smith.

He said this puts Oklahoma in a promising position to host future major championships.

"We're launching the Oklahoma Golf Trail this fall... the next couple of decades could see some of the strongest growth in golf recreation in state history," said Pinnell.

"The value the 2022 PGA Championship brought Tulsa goes way beyond the immediate returns of massive room nights and economic impact. Hosting this prestigious level of an event spotlighted Tulsa on the national stage and garnered significant media coverage leading up to, during and after the athletes took to the green," said Renee McKenney, SVP, Tulsa Regional Chamber / President, Tulsa Regional Tourism. "Not only did this solidify our city as a powerful sports destination, it exposed Tulsa to countless corporate executives, economic development site selectors, meeting and conference planners, and others who might not otherwise have been thinking about doing business here."