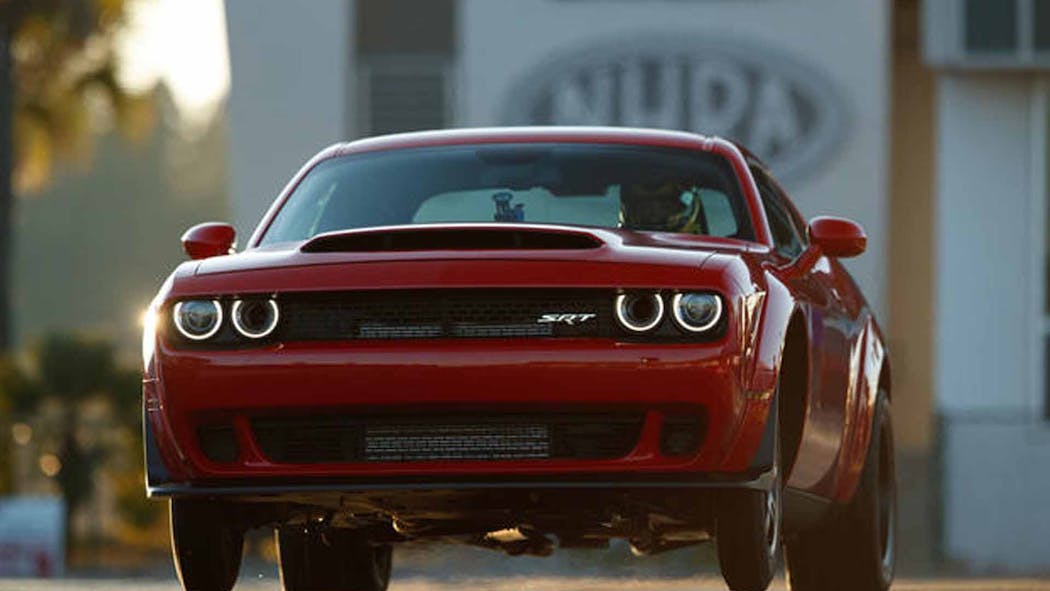 Dodge plans to stop making its Charger and Challenger sedans in 2023, as electric vehicles supplant the fabled muscle cars.

Parent company Stellantis said Monday that it will halt production of the Dodge Charger and Dodge Challenger in December 2023. To commemorate the vehicles, the company said Dodge's lineup next year will feature seven special-edition models, each of which will have a "Last Call" plaque under the hood.

Customers will be able to choose among the Demon, Hellcat, Redeye, Scat Pack, Shaker, Jailbreak and a seventh model that will be announced at an automotive industry convention in November.

"We are celebrating the end of an era — and the start of a bright new electrified future — by staying true to our brand," Tim Kuniskis, Dodge brand chief executive officer at Stellantis, said in a statement.

Stellantis, which also owns Jeep and Chrysler, said earlier this month that it's investing $99 million in plants in Michigan, Indiana and Toronto so workers there can start producing hybrid-electric engines. The company is also partnering with Samsung to build a $2.5 billion electric vehicle battery plant in Kokomo, Indiana.

Dodge plans to announce details about its electric lineup this week, a spokesperson told CBS MoneyWatch.

Dodge introduced the Charger in 1965 and the Challenger in 1969. The Charger received nationwide exposure as the orange-painted General Lee in the television series Dukes of Hazzard. Dodge stopped making the car in the 1970s, brought it back briefly in the 1980s then discontinued it again. The Challenger has also appearanced in TV shows and movies.

Today's version of the Charger launched in 2005, and Dodge has built 3 million of them since then, the company said.

The 2023 Charger and Challenger models will be available in 14 colors, including "sublime green" and "plum purple." The vehicles will be sold at specific Dodge dealerships. Dodge hasn't disclosed a price for the cars yet.

Muscle cars like the Charger and Challenger represent a unique style of high-performance vehicles popularized by U.S. automakers in the 1950s and marketed for their powerful engines and sporty design.

Muscle cars are typically two-door vehicles with lightweight bodies designed to help the car go fast. Americans' interest with muscle cars surged in the 1960s with the popularity of drag racing and as more customers purchased cars like the Pontiac GTO, Ford Mustang and Plymouth Road Runner.