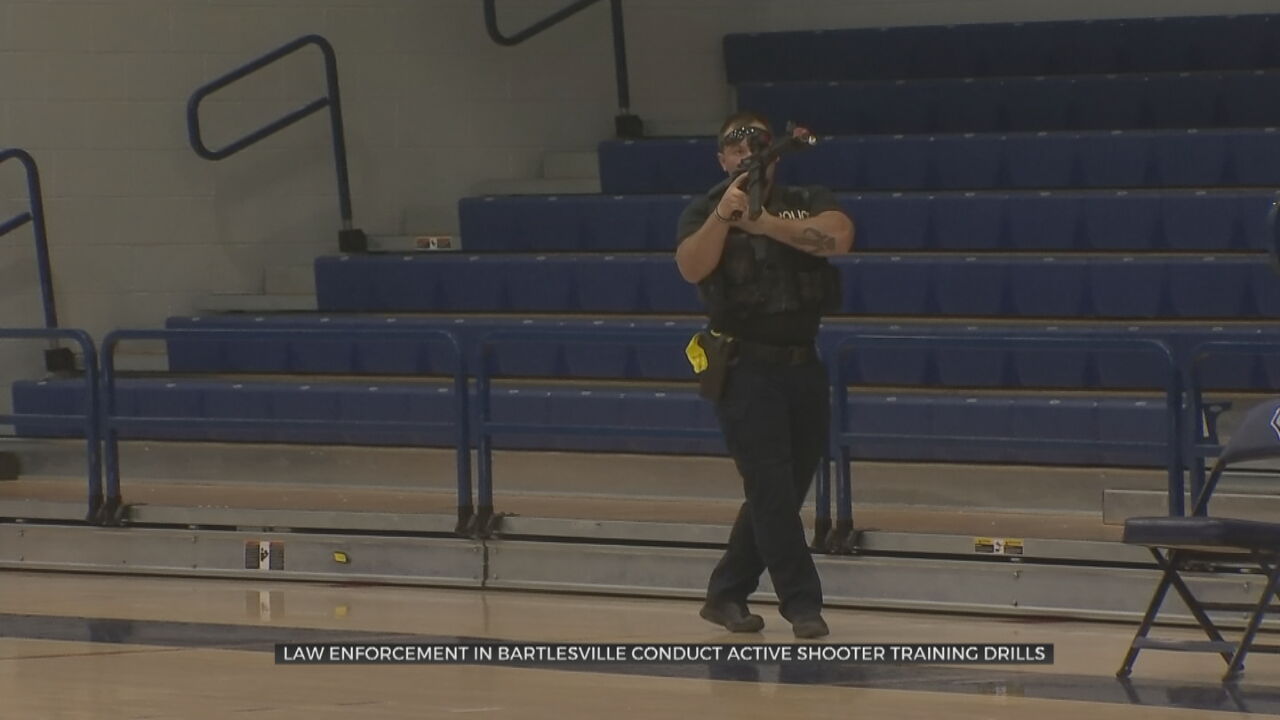 First responders from all across Bartlesville took part in active shooter training at Oklahoma Wesleyan University on Tuesday morning.

The training involved more than 50 students and staff volunteers who acted as shootings victims during the training.

The training started relatively small, but grew and eventually included Bartlesville Police, the Washington County Sheriff's Office, fire departments, EMS and even the hospital in Bartlesville.

The training involved more than 50 students and staff volunteers who acted as shootings victims during the training. Organizers say they wanted to make the training as real as possible.

A volunteer acted as an active shooter inside the basketball arena at the school and first responders responded to the shots fired call just as they would in a real situation.

Officers got to the school in less than two minutes and were able to find and arrest the shooter three minutes after that. Bartlesville Fire Department and EMS then came in and transferred the gunshot victims to a local hospital.

The hospital wanted to take part in the training as well so they would be prepared if something like this were to ever happen.

Bartlesville Police says it is unfortunate that they have to train for situations like this, but they say it can happen anywhere and they need to be prepared.