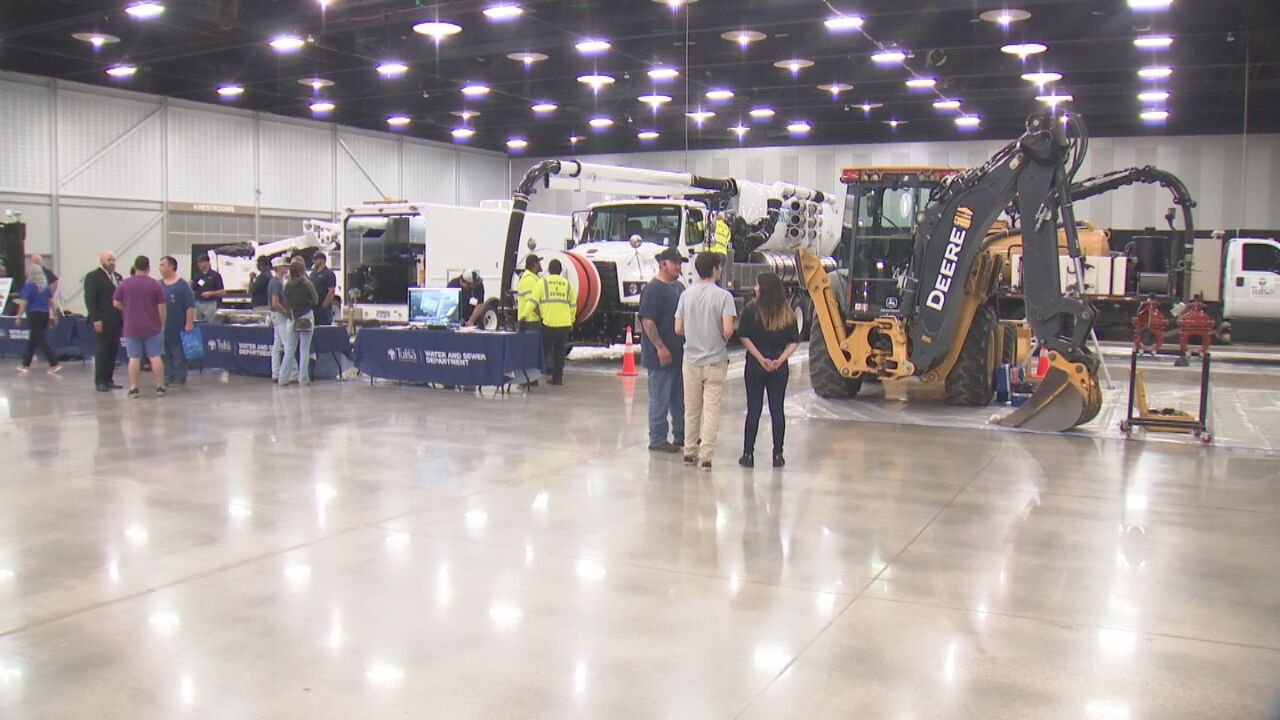 For the first time in decades, the City of Tulsa held a career expo on Aug. 17 in hopes of filling 200 job openings.

Applicants had the chance to go from booth to booth, talking to leaders of each department and even see some of the equipment they would be using.

People who spoke with News On 6 said they left the Expo feeling optimistic.

"Looking for my first job here in Tulsa with the city,” said new resident, Shanaquewa Finney. “I'm claiming it. It's going to happen."

Hundreds of job seekers, like Finney, stopped by the City of Tulsa's career expo.

For eight hours at Cox Business Convention Center, applicants could apply and interview for jobs.

"I'd say it's the benefits and also being able to have something for yourself, being able to wake up in the morning and push yourself to do better," said Phillips.

Mayor GT Bynum said there has been a workforce shortage over the last two years.

He said he hopes to fill the current 200 openings to be at full staff of 3,500 employees.

"Today, to have the first career fair the City of Tulsa has had in 24 years and to have over 250 people show up in just the first couple of hours is awesome," said Bynum.

Bynum also said he and the city council have been working to increase pay and make the city more competitive.

Pay for all openings starts at a minimum of $16 an hour.

"At the City of Tulsa, we have such a diversity of jobs,” said Bynum. “I mean, it's everything from first responders who are responding to public safety emergencies to attorneys who are working in our legal department, to people who need really skilled trades."

The city has 16 departments hiring. You can apply for any of those jobs on the city's website here: www.cityoftulsa.org/jobs.