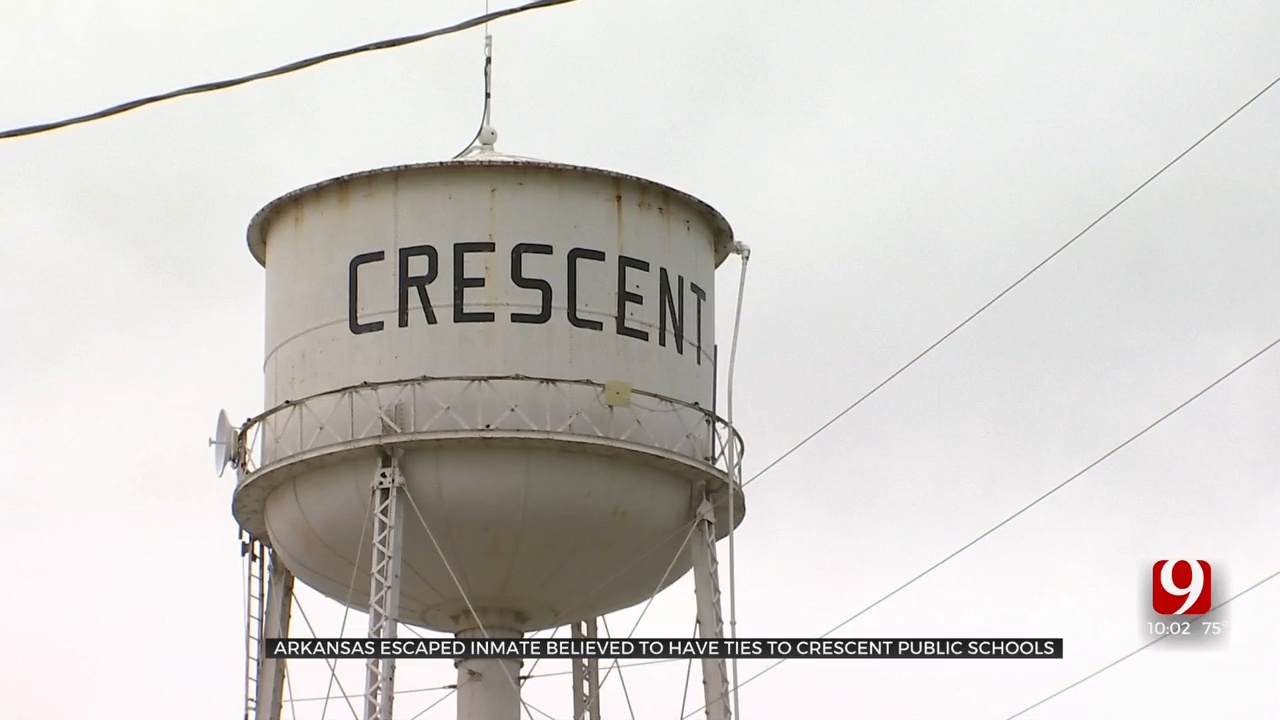 A prison escape nearly 500 miles away in Arkansas has incited panic in a school district in Oklahoma.

Crescent Public Schools sent parents an alert Wednesday, warning them of a convicted rapist who could be headed to their town because of his ties to the community.

Samuel Hartman’s wife and mother are believed to be his accomplices. According to citizens, Hartman’s wife has children enrolled in Crescent Public Schools. They fear she could return to get them.

“Parents can get crazy when they want their kids.” said Crescent resident and mother Stephanie Ridenhour.

After receiving a concerning email from Crescent Public Schools, mother of four Stephanie Ridenhour decided to keep her kids at home.

“I was just like, oh, okay, I don't know if I’m going to send my kids to school today,” said Ridenhour.

“My mom told me and my little brother not to go today because she was scared,” said CPS student Grayson Gates.

Gates said most of his friends stayed home too.

“My friend went to school today because his parents made him, he said there was only like four kids and like forty police officers,” said Gates.

Police told the school convicted child rapist Samuel Hartman escaped an Arkansas prison Friday while serving a life sentence. According to a CBS affiliate Samuel Hartman, with help from his wife Misty, and his mother Linda White, led authorities on a manhunt.

He reportedly fired a weapon at Arkansas correctional officers. After abandoning a pickup, Samuel and at least one of his accomplices used jet skis to traverse the Mississippi River,

The trio is believed to be armed and dangerous and could be in a white Chevy Trail Boss. It may be bearing Arkansas tag ‘398 ZVY’ or none at all.

With no one sure where they are, Crescent police, the Logan County Sheriff's Office, CPS and parents remain vigilant.

“My kids asked if they are going to go to school, I said I don't know, I’m going to play it by ear and see what happens,” said Ridenhour.

School staff and parents told News 9 bars have been placed on all of the schools' doors.

Investigators say Samuel Hartman also has ties to Tulsa. If you see any of the individuals, contact police immediately.