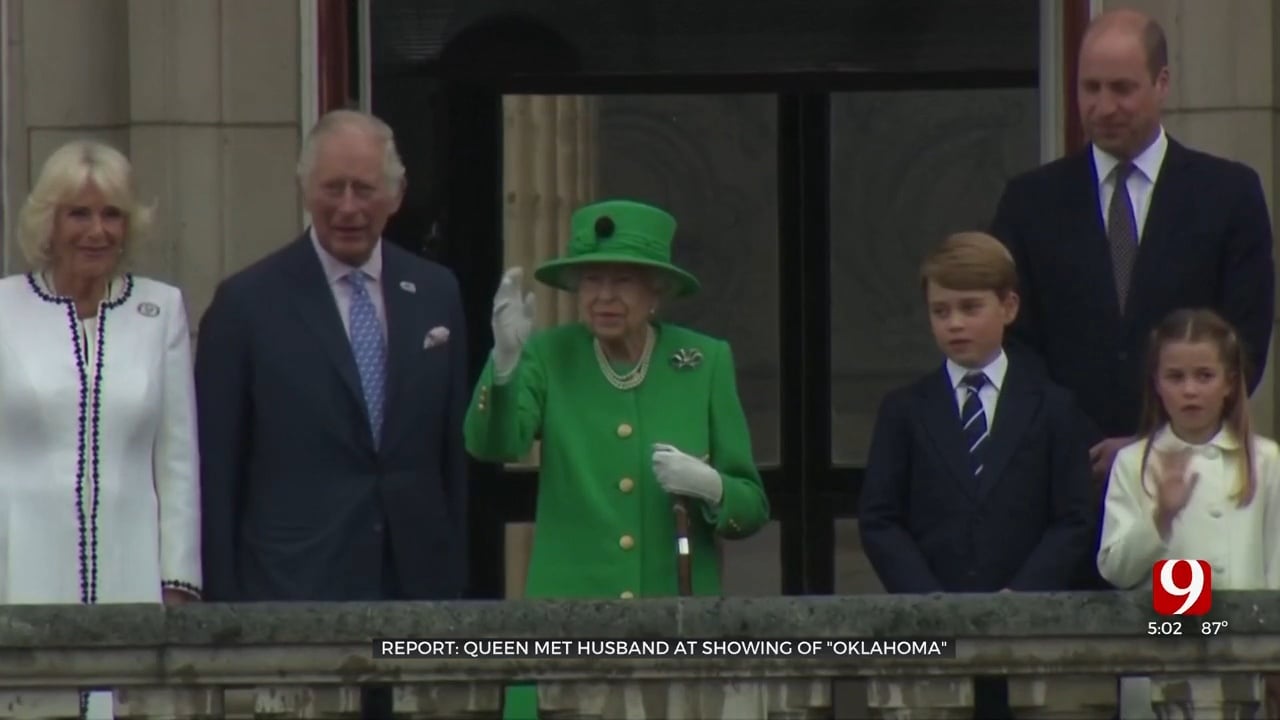 Queen Elizabeth II’s love of the musical “Oklahoma!” is a personal one, according to Time magazine.

The death of the queen comes a little over a year after that of her late husband Prince Philip, Duke of Edinburgh.

According to the magazine, a Sooner-inspired soundtrack played a role in the couple’s early courtship.

Four years after its Broadway debut, “Oklahoma!” made its way to London.

According to Time, Princess Elizabeth and Prince Philip were in attendance on opening night.

The musical, according to the article, said it had an impact on the future Queen who loved one song in particular called "People Will Say We're In Love."

In the duet, characters Laurey and Curly make a list of things not to do to avoid people thinking they're in love.

Oklahoma Museum of Popular Culture executive director Jeffrey Moore said the song, like the musical, resonates with people across the world.

In fact, the Time article quotes writings from the nanny of then-Princess Elizabeth.

When Prince Philip returned from the war, the nanny wrote that she heard the future queen playing her gramophone more than usual.

She went on to say her favorite song was the very one composed by Rodgers and Hammerstein.