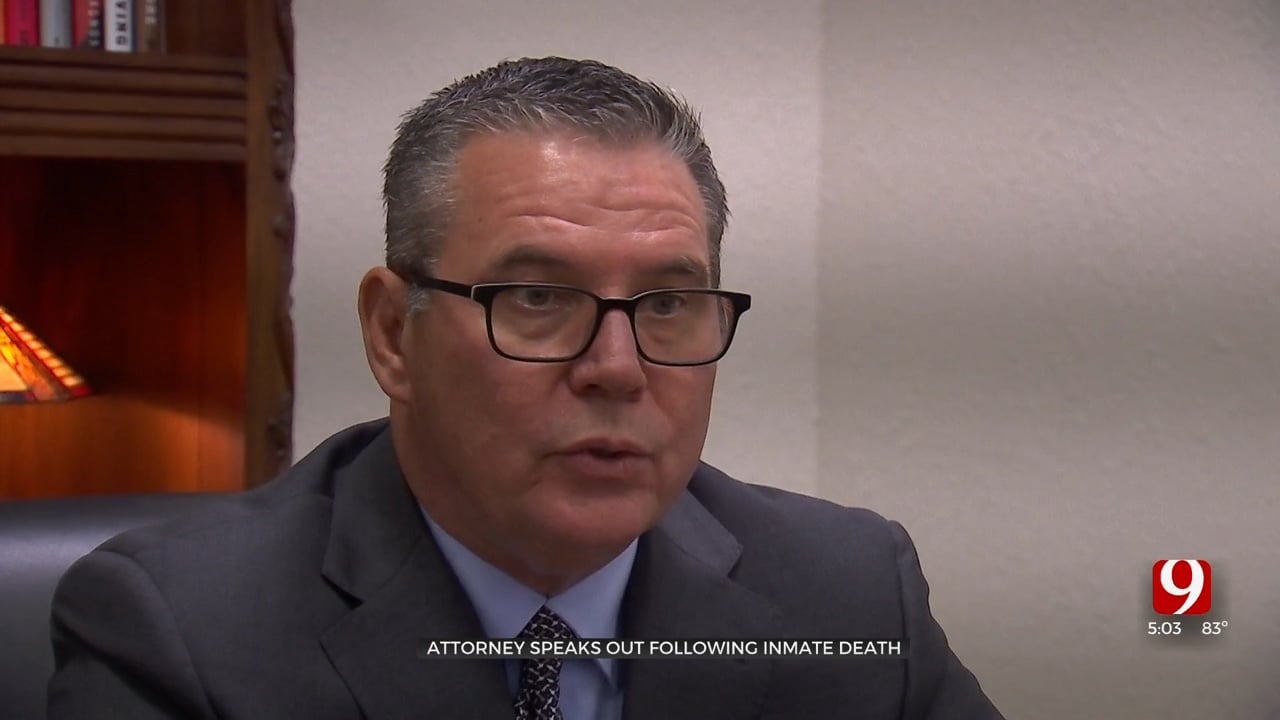 The attorney of an Oklahoma County inmate who died Sunday believes the death is suspicious.

John Basco was arrested and booked into the Oklahoma County Detention Center Thursday. The probable cause affidavit said he was arrested for trafficking illegal drugs and possessing a firearm as a felon.

Jail officials said he was found unresponsive in his cell Sunday morning. After life-saving treatments, the jail said he was pronounced dead.

Basco became the 14th inmate this year to die at the OCDC.

It isn’t the first time the inmate was booked into the OCDC. Now, his attorney has questions surrounding his death.

Spradling believes it’s suspicious because of Basco’s connection to another case.

“They know he’s one of the plaintiffs in the ‘Baby Shark’ torture case,” Spradling said.

The case was brought by Spradling as a federal lawsuit. In 2019, Basco and three other inmates claimed that jailers woke them up in the middle of the night, cuffed them to a wall and forced them to listen to the children’s song “Baby Shark” for hours.

As a result, three jailers were fired and eventually charged with misdemeanor cruelty by Oklahoma County District Attorney David Prater. A hearing in the criminal case is scheduled for Sept. 21.

“Now you lose the best witness victim just before the criminal case is coming to trial,” Spradling said.

The medical examiner has yet to determine his official cause of death.

“We can confirm there were no obvious signs of foul play,” a statement from the OCDC said in part.

The statement went on to say the lawsuit is against the previous administration, not current leadership.

A spokesman for the jail also said it’s investigating the possibility of an overdose.

Spradling said if that is the case, he has more questions.

“Who got (sic) drugs to John Basco?” Spradling said. “Who dosed John Basco with a lethal dose?”

“In any other criminal case, if he had a victim witness who suddenly died under suspicious circumstances, he would send his investigators,” Spradling said.

News 9 called Prater to see if he would consider an investigation. Prater did not respond to our inquiry.

In the meantime, The Oklahoma State Bureau of Investigation was called in to assist OCDC.