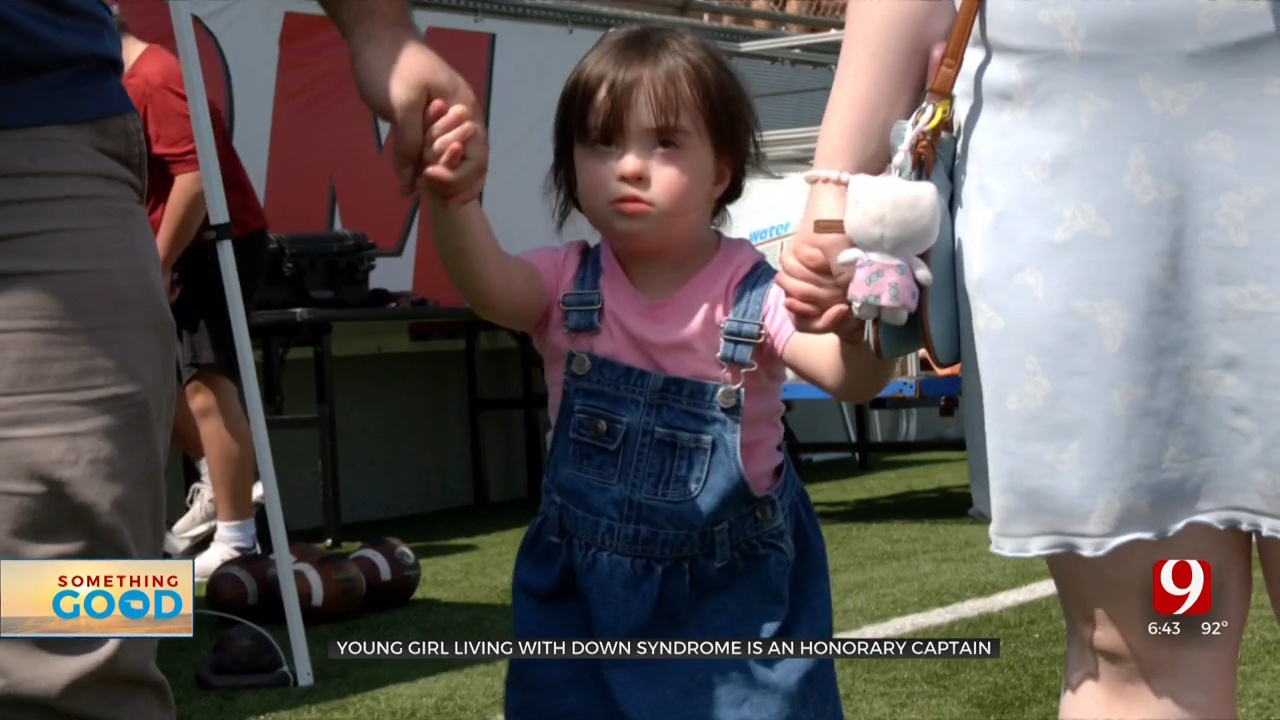 Young Girl Living With Down Syndrome Is An Honorary Captain

There was a special moment at the Southern Nazarene University football game in Bethany.

A little girl living with Down Syndrome and her sisters stole the spotlight during the coin toss.

Olivia Batchelor is living with down syndrome, but her diagnosis doesn't define her.

Olivia, along with her sisters, were honorary captains at the SNU home game.

“I guess it's important because her being in situations where people with special needs aren't typically going to be in, she needs the experience to be able to grow herself to be able to function better in a world where people aren't normally like her,” Isabel Batchelor said.

This is SNU's third event with Beyond the Spectrum. Head Football Coach Dustin Hada said this partnership not only impacts the kids in the program, but the players as well.

“It's a blessing for our guys to interact with those families to see the look on those kids' faces as they get to participate in football,” Hada said.

Olivia and her family taking their seats in the stands.

SNU not only invited students from beyond the spectrum, but students throughout the metro in special needs programs.

“She really does enjoy sporting events she likes the atmosphere and how loud it is,” Isabel Batchelor said.

This game was not only an opportunity for Olivia to make friends, but for families to learn about what resources are available.

“Right now, we're providing two dance classes, were providing three social skills groups, we have a speech class going on and a sign language class all those are free to the public,” Batchelor said.