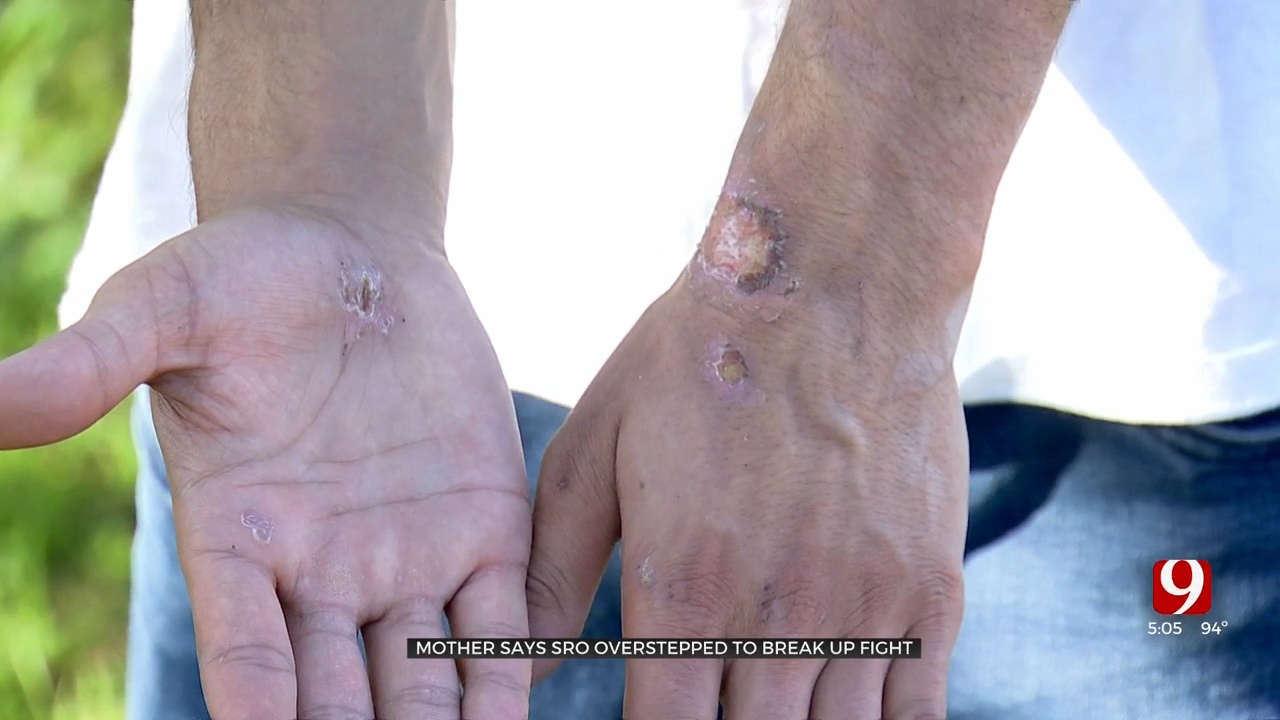 An Oklahoma City metro mother claimed a school resource officer used excessive force when breaking up a fight between her son and another student.

The incident was caught on camera.

Cheryl Mohammed said she is upset to hear her son was in a fight but more concerned with how it was handled.

Mustafa Mohammed, a senior at Northwest Classen High School, said he was confronted by another student while waiting for his bus to go home. He said things quickly escalated.

Mustafa was fighting with the other student when he said out of nowhere, he was shoved.

“He picked me up and like threw me,” Mustafa Mohammed said. “You can see me flying like in the video. Like I flew in between the buses on the ground.”

Mohammed got a call about the fight from the school. When she arrived at the school, she said she was shocked by his injuries and by the video of her son flying through the air.

“Well, the officer told me I might have pushed him a little too hard, but he used his full force in pushing him which was not right,” Mohammed said.

The officer involved was a School Resource Officer with the Oklahoma City Police Department.

“The young man who was shoved was aggressively fighting and trying to punch another kid,” OCPD said in a statement. “The officer was simply trying to stop the fight. When a student decides to punch another student, they are introducing violence into the school environment. This usually results in an officer having to take action.”

Mohammed and her son disagree.

“I'm trying to get ahold of a lawyer about this, and I've taken him to the emergency room and they're the ones taking him to the orthopedic surgeon,” Mohammed said.

“You know, the schools are to protect the kids, you know what I'm saying?” Mohammed said. “Not to harm them.”

Mohammed said her son has not been back since the fight. She said he was suspended and will be transferred to another school.