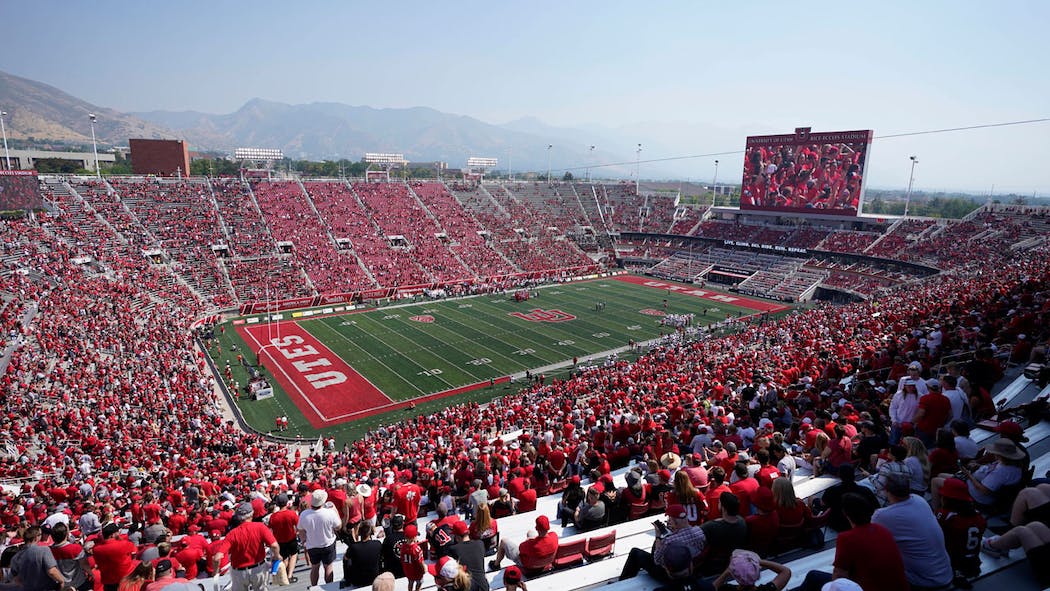 A University of Utah student has been arrested after police say she threatened to detonate a nuclear reactor if the school's football team didn't win against San Diego State.

On Saturday, Utah hosted San Diego State in a game at Rice-Eccles Stadium. Prior to the game getting underway, the student allegedly "posted threats of violence" on the Yik Yak social media app. Police claim she said that "if the football team did not win the game, (she) was going to detonate the nuclear reactor that is located in the University of Utah causing a mass destruction," according to KSL,com.

The 21-year-old woman was booked at the Salt Lake County Jail on Wednesday for allegedly making the threat of terrorism.

In August, a 19-year-old University of Utah student was arrested for a similar crime after making a bomb threat on the Yik Yak app. The student directed that specific threat towards the Spencer Fox Eccles Business Building on campus. When the student was arrested, he maintained that the threat was a joke and that he never planned on following through with it.