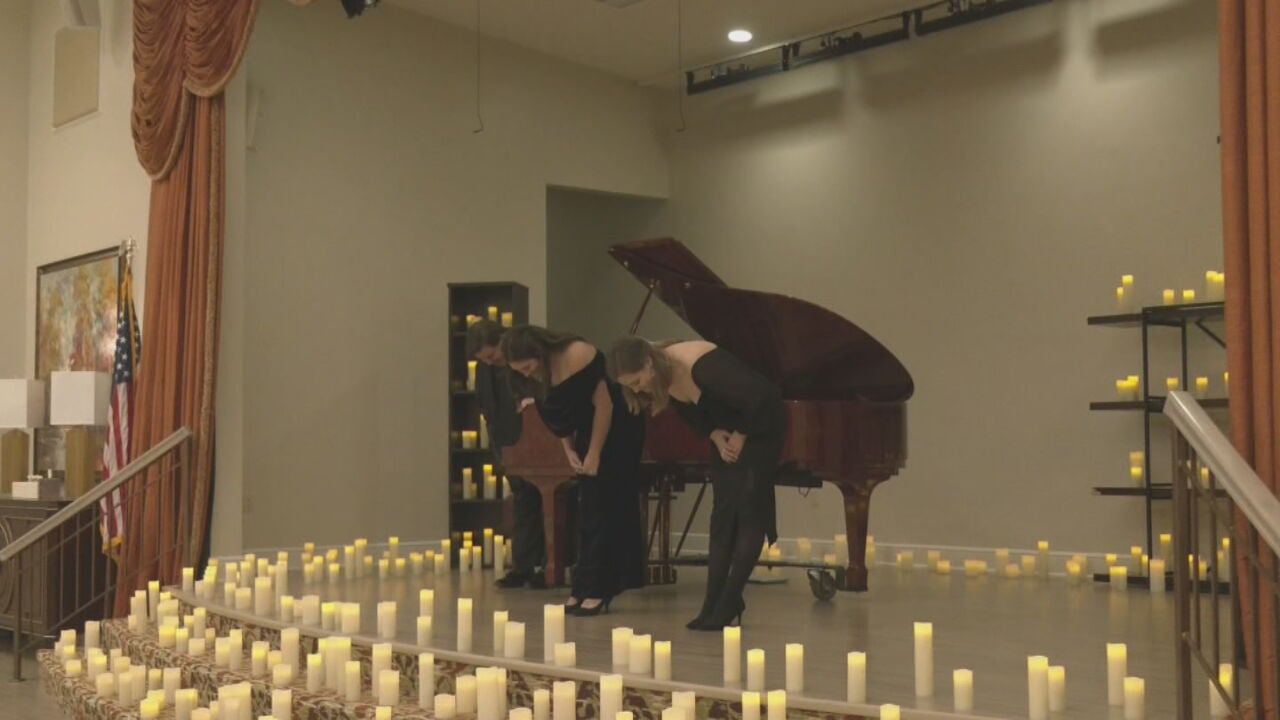 Two University of Tulsa students are calling a Senior Living Retirement Community home and spending much of the school year performing music for residents.

Jordan and Madyson said they're loving life at Montereau. They've put on many informal performances since moving here last month, but Thursday was their first official show.

TU music majors, Jordan Demetriades and Madyson Mitchell, along with former Marching Band Drum Major Chuck Scott, live at Montereau; this is made possible by its intergenerational program.

"Just been really sweet to be around people that care and want to pour into me," said Jordan Demetriades, TU Arts and Music Junior.

“Able to sit down and talk with someone that has been in an orchestra for 20 years. That has been the president of an opera company," said Madyson Mitchell, TU Music & Vocal Performance Senior.

“We’re enjoying having them," said Scott.

They eat together, tell stories, sing, and play games.

“Favorite moments are probably playing dominos with the ladies in the Abbey," said Mitchell.

Sept. 22 was their first official performance: "An Evening at Twilight with Jordan and Madyson."

“If you don’t try then you fail, but if you don’t fail then you didn’t try," said Demetriades.

“I’m an artist. I’ve got big plans for my future and big dreams and have really never thought of how I’m supposed to get there or what life is supposed to look like; we’re more than just what we do," said Mitchell.

“Their dreams that they might have may possibly come true," said Scott.