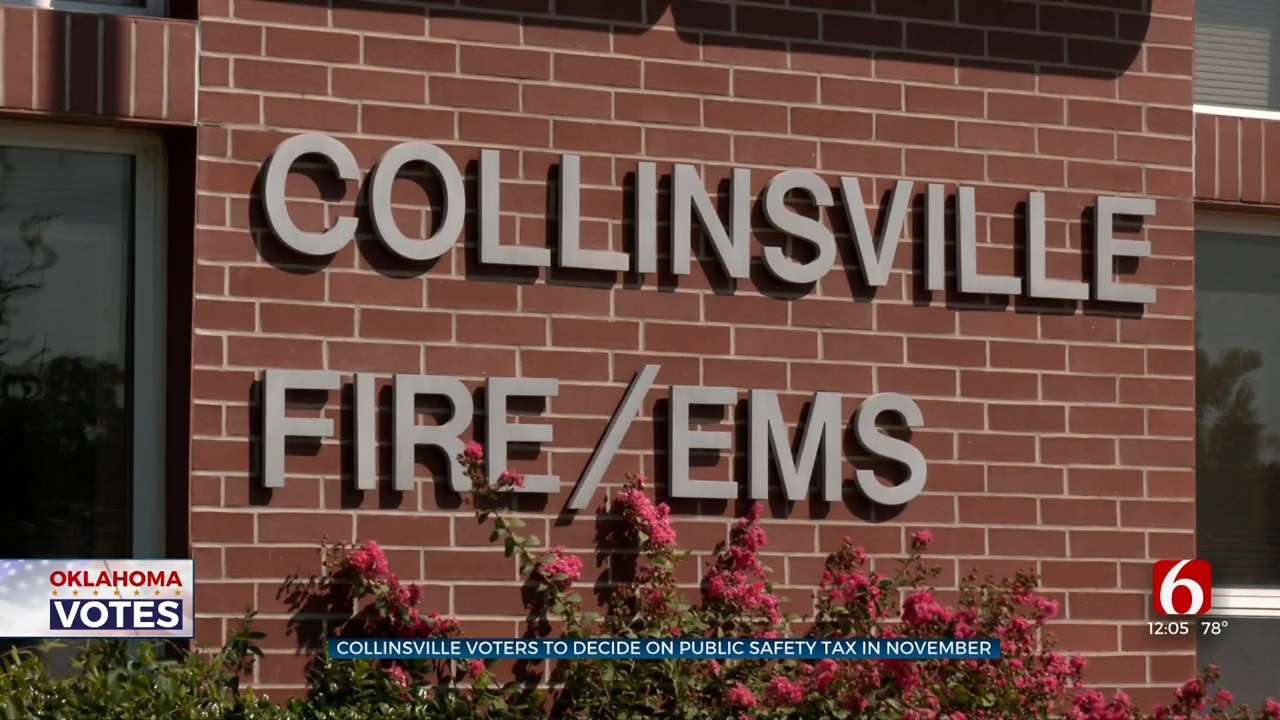 City Of Collinsville To Vote On Public Safety Tax In November

The City of Collinsville is putting a public safety sales tax on the ballot for the upcoming election. It would be a half-penny sales tax that would go towards funding improvements in the police and fire departments.

Collinsville Police Chief Matthew Burke has been in charge of the police department for the last four years, and he said that the department has outgrown its building. He says that the money the sales tax would raise would go towards expanding the department to give officers more space to write reports, get more dispatchers in dispatch and interview rooms for the public, among other projects.

Burke said the sales tax would help the police department better serve Collinsville with the major growth the city has seen recently.

"We really need more room to be able to house all these new employees, and we also want to continue to get more employees. We want to get more officers on the streets, we want to get more dispatchers in dispatch, and the sales tax will help us with that as well," Burke said.

The fire department is also looking at projects that would help it grow as the city grows. Currently, there is only one fire station in Collinsville. The sales tax would help fund the building of a second station on the west side of Collinsville.

Harold Call has been the fire chief for five years, and he said that the fire department is simply trying to stay ahead of the curve with regard to public safety.

"The whole thought behind those two is trying to keep up, trying to stay ahead because we don’t want to fall behind in public safety. We’re trying to stay up with the growth and just stay out in front of it," Call said.