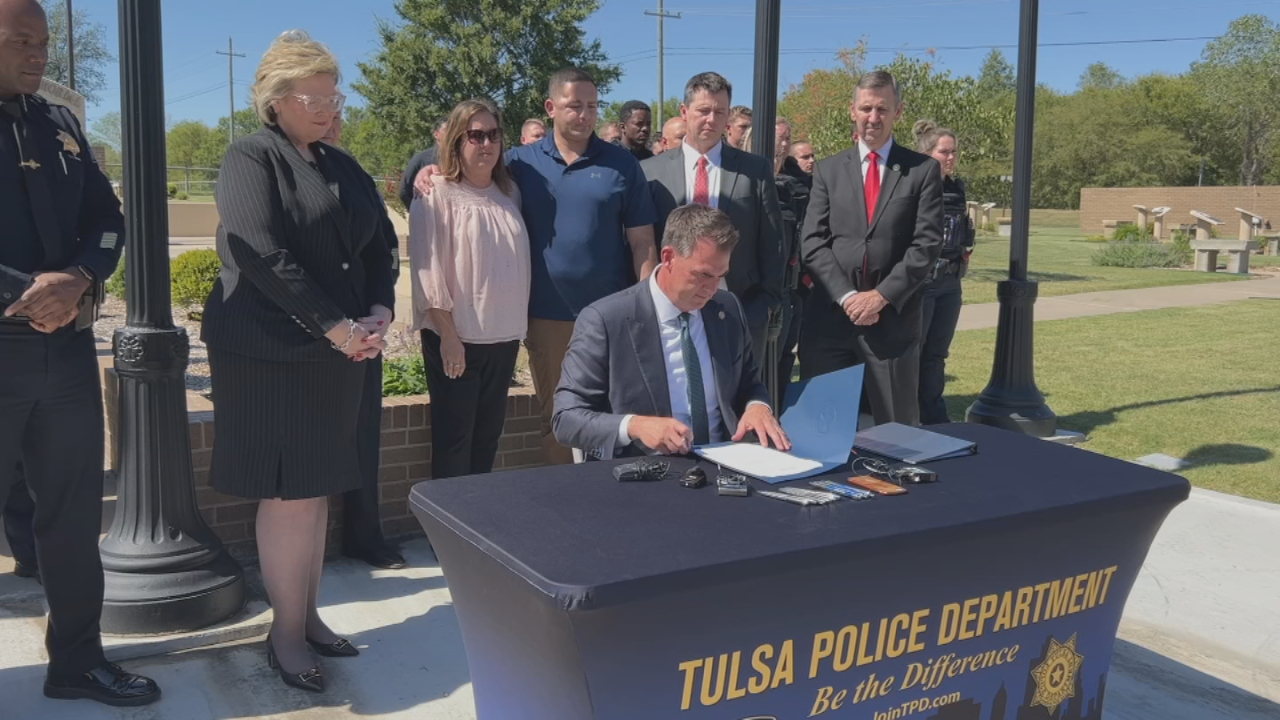 The murder of a Tulsa Police officer led to a new law that limits the release of bodycam and dashcam video when an officer is killed in the line of duty.

The shooting death of Sgt. Johnson was captured by multiple police cameras and released as a public record. Under the new law, videos like that would be released only with the approval of a judge.

Sergeant Johnson's widow and dozens of Tulsa area officers were at a ceremonial signing of Senate Bill 968 on Monday. Governor Stitt signed a copy of the bill, at the Police Officer's Memorial.

“It's because of folks like this behind me that we have safe communities and as long as I'm Governor, we're going to protect law enforcement,” said Stitt.

The police video of the shooting helped convict the shooter but also spread on the internet where even the most graphic portions could be viewed by anyone. The new law doesn't prevent that from ever happening, but requires an order from a judge for the release of the video.

“All this means is that, on a video where a law enforcement officer is depicted in death, then it goes before a judge to decide if the public should see that video before it's used in the courtroom,” said Tulsa Police Chief Wendall Franklin.

Monday's signing was only ceremonial it's already the law in Oklahoma.