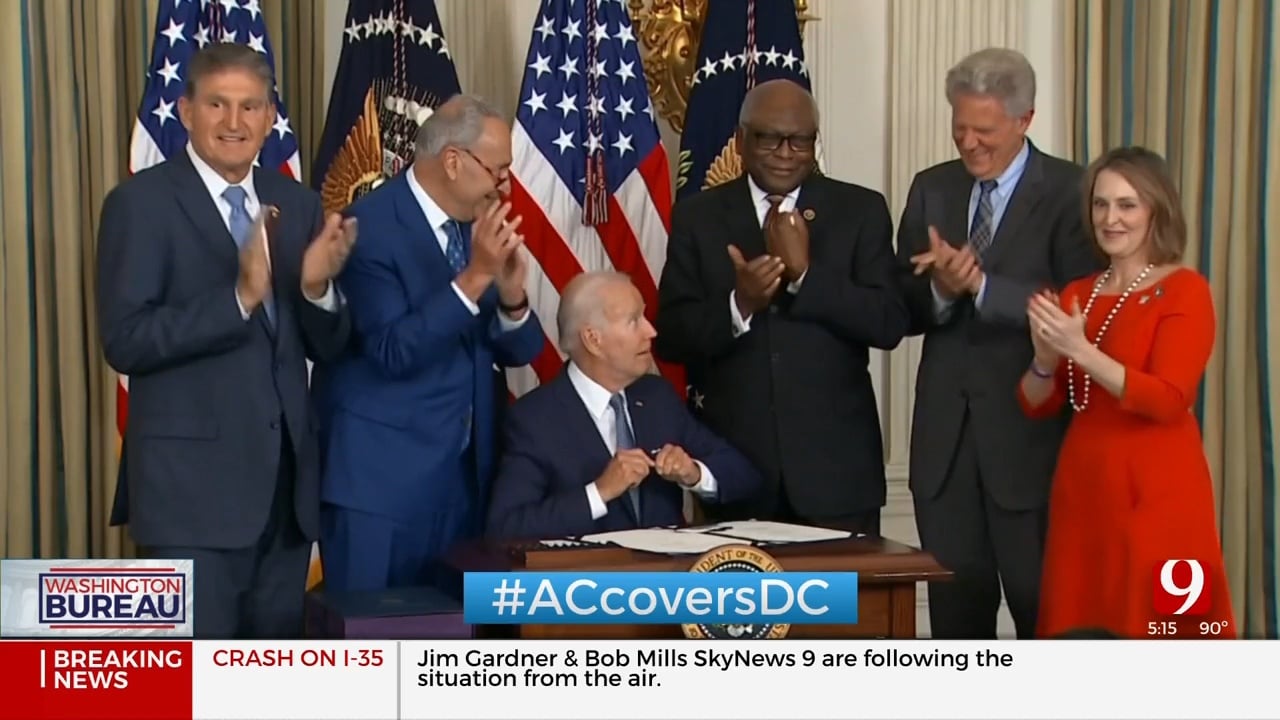 A decision by Democratic leadership in the Senate to include energy permitting reform in a must-pass short-term government funding bill is meeting stiff, bipartisan resistance, which threatens to complicate efforts to avert a government shutdown at the end of this week.

In exchange for his critically needed support of the Biden administration’s signature Inflation Reduction Act — a sweeping climate, tax and healthcare bill package — Senate Majority Leader Chuck Schumer (D-NY) promised West Virginia moderate Sen. Joe Manchin he’d get a vote on a measure to streamline permitting, both for green energy projects and traditional oil and gas projects, which a big part of his state’s economy.

This week, it became clear Sen. Schumer intended to make good on his promise by attaching Manchin’s bill to a continuing resolution needed to keep the federal government operating beyond Friday, the last day of the federal fiscal year.

Sen. Manchin's bill promises to speed up permitting for oil and gas projects, something Republicans have been clamoring for. But GOP leadership is urging a no vote on the CR-permitting reform combo, saying the reforms are too weak and that a separate measure introduced by West Virginia's Republican Senator, Shelley Moore Capito, contains stronger reforms.

But in an interview a couple of weeks ago, Congressman Tom Cole expected there would be opposition for another reason.

"Just to be candid, there's a lot of people that don't want to do Joe Manchin any favors," Rep. Cole said. “They say, this was what you sold a $750 billion bill to get this provision?"

Cole was referring to the so-called Investment Reduction Act. Republicans were very unhappy that Manchin made what they saw as a 'side deal' with Democratic leader Schumer -- his yes vote for the administration's prized piece of legislation in exchange for a guaranteed vote on his permitting reform measure.

In a recent interview in West Virginia, Manchin defended the legislation and the agreement on how to bring it to the floor.

"There was not a side deal," Sen. Manchin stated, "Permitting was always part of it."

A planned Senate vote late Tuesday on a House shell bill was expected to determine if there's enough support to pass the continuing resolution with the permitting reform included, or not. Most Hill observers were expecting it to fall short of the needed 60 votes.

White House officials this week said the bottom line is that government funding has to be extended.

"It was done last year, and it could be done again this year," said White House Press Secretary Karine Jean-Pierre Monday afternoon. "So, we encourage Congress to get it done."

The last time Congress did not 'get it done' was December 2018 when Democrats refused to support a Republican CR that included money to build a border wall. That shutdown, the longest in U.S. history, lasted 35 days.