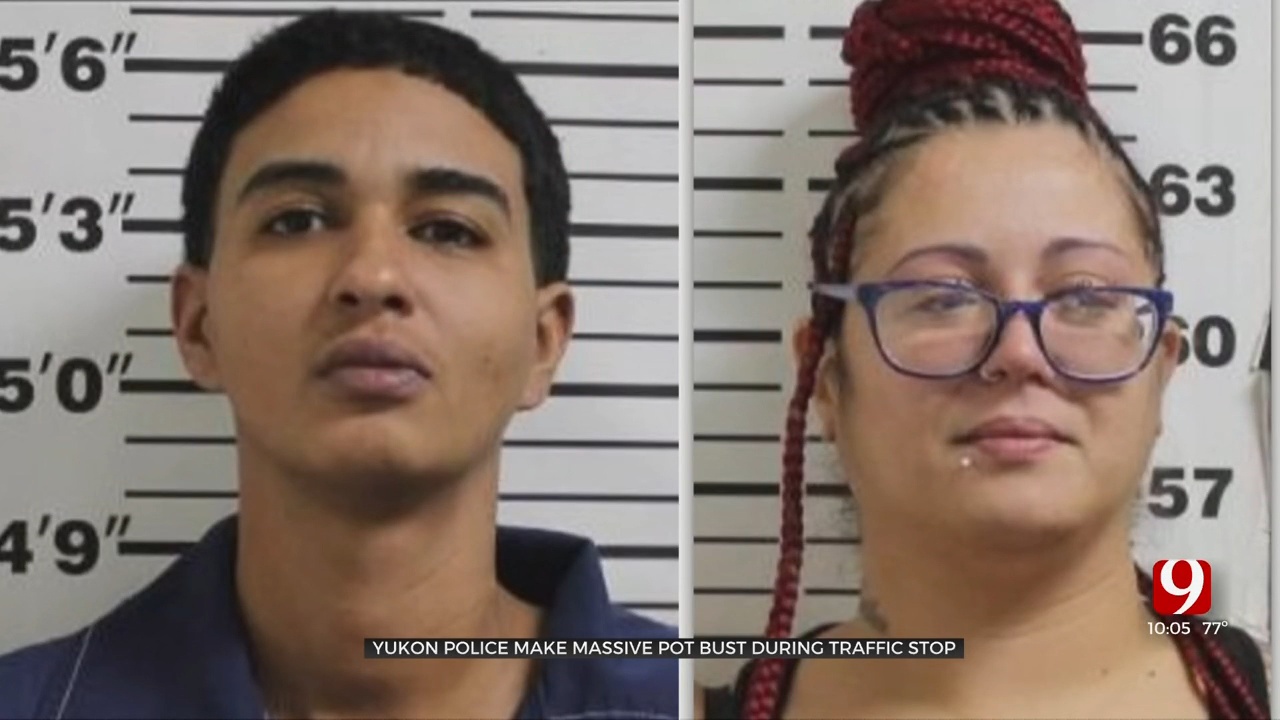 A traffic stop in Yukon leads to a major discovery and the arrest of two out of state travelers.

On Saturday night, the Yukon Police department says it pulled over a minivan transporting 143 pounds of illegal marijuana.

An officer saw the minivan weaving in and out of its lane on the eastbound side of I-40, according to police.

Yukon PD Deputy Chief, John Brown, said you never know what you’ll find on a traffic stop, but in his 18 years with the department he’s never seen an officer come across something like this.

“This many bags of marijuana, and that much marijuana was definitely incredible,” says Brown.

The scent of those bags was strong enough for the officer to detect from the passenger window when talking to Zacha Cruz and Erika Sanchez. The two would soon be arrested.

“They were not Oklahoma residents,” said Brown. “They were from New York state and did not have any sort of medical marijuana card or transport license.”

With probable cause, the officer searched the minivan to find luggage and two large, black trash bags. Inside the bags, the officer found individually wrapped packages of pot.

Police said the couple did not disclose where they came from, but were likely heading back to New York.