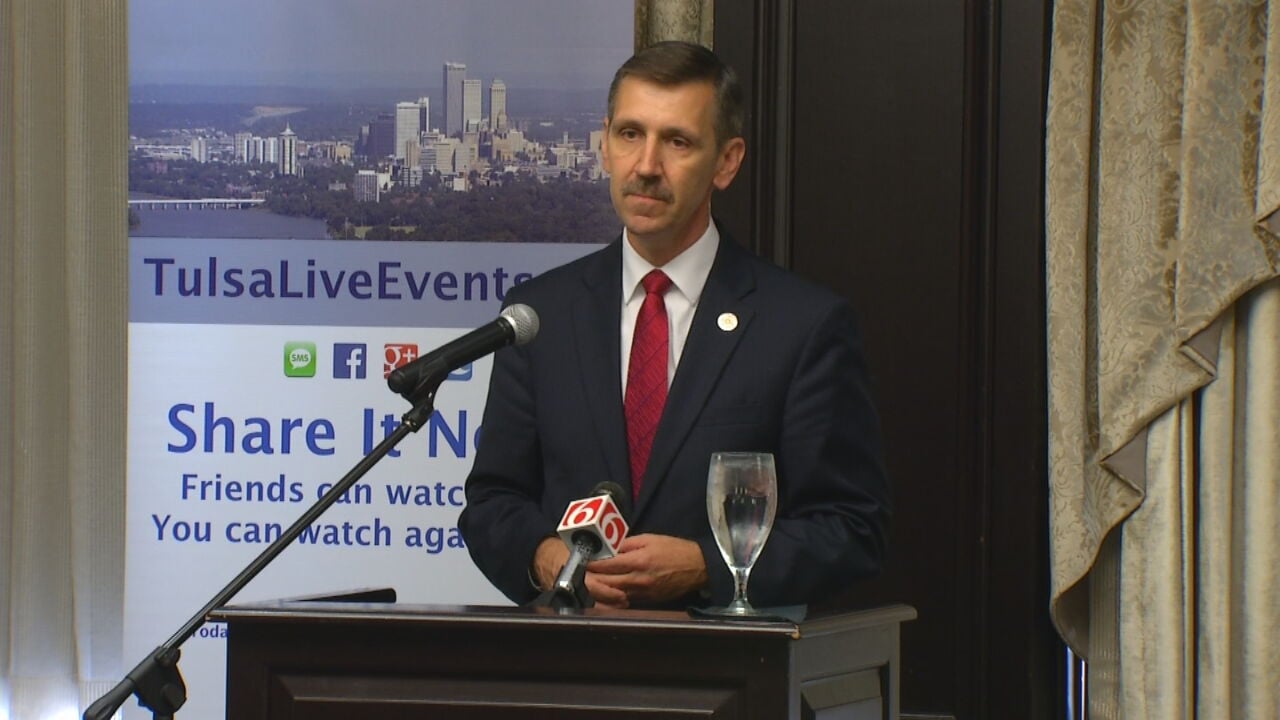 District Attorney Steven Kunzweiler's daughter was arrested by Tulsa Police after they said she stabbed him, then herself.

Kunzweiler released a statement saying he is home and is thanking first responders for their professionalism.

The statement continued, saying he found himself in a situation he hoped would never happen. It started with his daughter going through a mental health crisis, police said.

Around three o'clock Tuesday, Tulsa County first responders rushed to a stabbing at a home.

Kunweiler told dispatchers he'd been stabbed and that his daughter did it, Capt. Meulenberg said.

Meulenberg said Kunzweiler's injuries were not life threatening and that he was awake and talking in the ambulance.

Kunzweiler's daughter, Jennifer, was also taken to the hospital. Her injuries were self-inflicted, police said.

Jennifer Kunzweiler has since been arrested. Meulenberg said the stabbing was brought on by a mental health crisis, which is something he said can affect any family.

Although officers won't treat it any differently because it involves the DA, Meulenberg said the mental health aspect of this case adds another layer of complication.

"So we have our family violence detectives here on this location and we’re going to determine what the best course of action is," Meulenberg said. “There’s a delicate balance between just a regular assault and battery and an assault and battery that relates to a mental health crisis.”

Because this case involves the district attorney, his office cannot be involved in it. Another DA's office will have to look at the case.